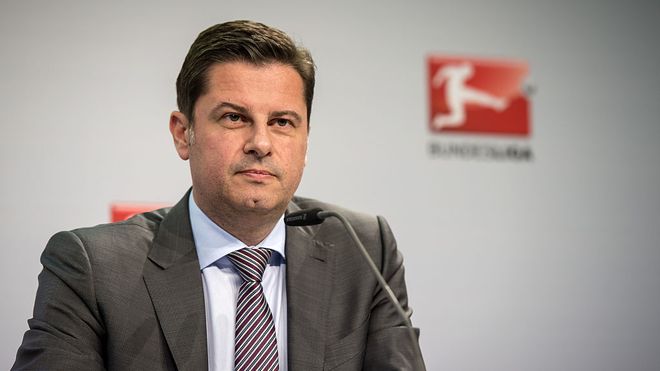 In view of the consequences of the coronavirus, the DFL Executive Committee recommends a longer break. This concerns both the 1st and 2nd Bundesliga.

The compulsory break in the Bundesliga and 2nd division will be extended at least until 30 April.

A corresponding proposal was worked out on Tuesday by the nine-member executive committee of the German Soccer League (DFL). The video conference lasted from 10:30 a.m. until late afternoon.

At the beginning of next week, the 36 clubs of the two leagues will have to approve the recommendation at an extraordinary DFL general meeting – but that will probably only be a formality.

DFL wants season to end by 30 June
Last week, the clubs had decided to suspend match operations until 2 April as a result of the Corona pandemic. Even then, however, DFL boss Christian Seifert had announced that an extension of the break was likely. A further extension cannot be ruled out either, given the still rapid spread of the corona virus.

However, the DFL once again emphasised that it “wants to finish the season by 30 June, as far as this is legally permissible and, of course, acceptable from a health point of view”: “In this regard, the DFL is currently working under high pressure on concepts for holding matches at the appropriate time – due to the situation – even without stadium spectators and with a minimum use of manpower in the areas of sport, general organisation and media.

However, whether the date for the restart can really be met seems more than questionable in view of the still rapid spread of the virus and the official restrictions. After all, the DFL Executive Committee has now had to postpone the end of the interruption, which was initially scheduled for April 2, by several weeks.

A regular end of the season also depends on whether the ghost games, which have been declared as the “last hope” by numerous responsible persons, can be carried out. If the games are banned in camera, the postponement of the European Championship finals until next year will not help the clubs. Then the time until the target date of 30 June will be too short, and the season will be brought to a close, coupled with a wave of bankruptcies – a terrible scenario.