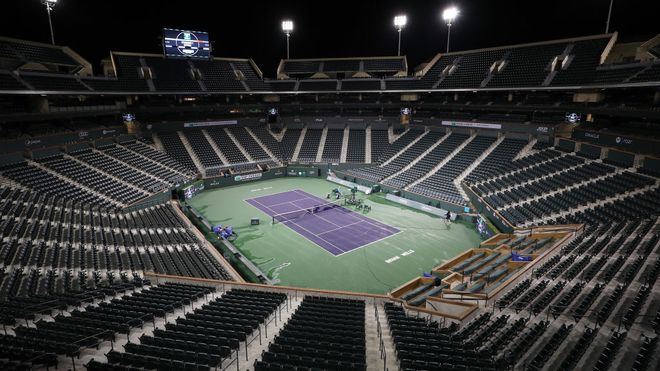 The Masters tournament Indian Wells is cancelled because of a Corona case. It is the first cancellation of a major sporting event in the USA due to the virus.

The tennis tournament in Indian Wells, California, has been cancelled due to the corona crisis. This was announced by the organizers around tournament director Tommy Haas.

“We are very disappointed, but health and safety have top priority,” said former German top player Haas. “We are preparing to hold the tournament on another date and are discussing the options.

Earlier, the Riverside County Health Department declared a health emergency for Coachella Valley, where Indian Wells is located, after a case of infection with the new corona virus was confirmed.

Indian Wells first cancellation in the USA
The ATP and WTA tournament in Indian Wells, which was scheduled to start on Thursday, is one of the highest categories on the Tour, both for men and women. Nearly the entire world elite, with the exception of injured players such as Roger Federer and Angelique Kerber, should arrive in California.

This is the first time a major international sporting event in the USA has been affected by a cancellation due to the virus pandemic. So far, US sport has been largely spared, although there had recently been discussions about holding games of the professional leagues NBA (basketball) and NHL (ice hockey) in camera.