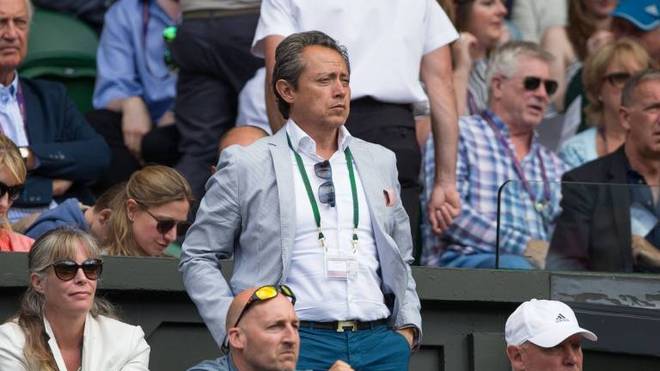 Zverev’s father intervenes at the start of the trial in the legal dispute between Alexander Zverev and his ex-manager Patricio Apey. He accuses the Chilean of fraud.

Is it getting really dirty now?

The trial in the legal dispute between Alexander Zverev and his ex-manager Patricio Apey is set to begin on December 7.

Shortly before the first day of the trial, Zverev’s father Alexander spoke up in Spiegel and bluntly accused the ex-manager of fraud. “I have the feeling that my son was cheated,” he said in plain language.

He was alluding to the contract between his son and Apey, which Alexander Zverev terminated last year. “I was advised not to comment on the matter at this time. But we are confident and look forward to the whole and true story coming out in court,” said Apey.

The dispute began one and a half years ago: After the surprising Wimbledon out against the Czech Jiri Vesely in 2019, Zverev made a telling statement at the press conference: “The last two days have been very hard for me. What is going on right now is disgusting. He was not allowed to say anything official, but “it hurts me. I thought we were friends. How can a person do something like that,” asked the 2018 ATP finals winner.

Apey sees himself as a scapegoat
Apey himself felt wrongly stamped at the time. “I would have preferred to clear up the matter or any reservations Sascha and his family had privately. But unfortunately he decided to take legal action without warning. This process is now underway.” Now that his results “are not so good, I am being presented as a scapegoat.

The cooperation between Apey and Zverev has been going on since he was 15 years old. At that time, Zverevs agreed to cooperate with Apey. According to their own statements, the goal would have been an additional source of money to further promote the career of son Alexander. However, the family had assumed a five-year contract period, as they confirmed to Spiegel magazine.

The Chilean, on the other hand, sees the contract term until 2023, to which commission payments are to be added in the following five years. Therefore, he does not want to accept the termination, which in his eyes is illegal. “He broke an expensive, unnecessary and absolutely illegitimate lawsuit against my company when he deliberately and unlawfully broke his contract, which is valid until at least 2023,” he defended himself in this case.

Continue Reading
You may also like...
Related Topics:Ex Manager, Zverevs