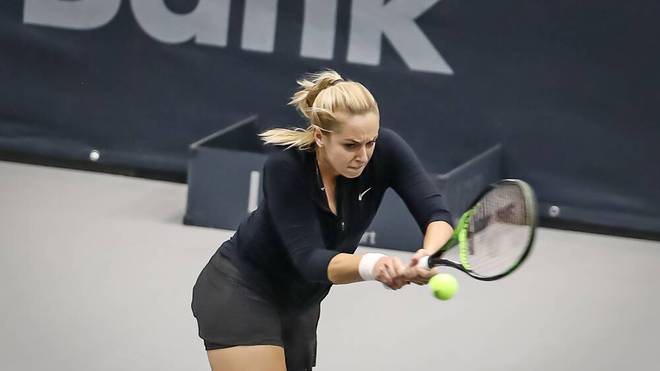 Bitter scene for Sabine Lisicki: The German tennis player apparently injured herself badly at the WTA tournament in Linz. Tears flow under pain.

The German tennis player, who is currently fighting for her return to the top of the world, may have suffered a serious injury.

The 31-year-old had to break off the double round of sixteen at the WTA tournament in Linz with her partner Jodie Anna Burrage from Great Britain at the score of 6:5 in the first set after she was in pain and had to cry.

The 2013 Wimbledon finalist fell to the ground on the field, immediately holding her left knee and screaming as she appeared to be in great pain. The shock was written all over the other players’ faces, Burrage held his hand in front of his mouth.

More than a minute passed before the paramedics were with her. It is not yet known what kind of injury Lisicki suffered.

Until about five years ago, the former Fed Cup player played at the top of the world. She won four WTA titles and set an ace record. After that she was thrown back from one injury after the other and her knee was also affected.

Since then she has been trying unsuccessfully to regain her old level. In the end, however, her performance curve showed an upward trend. All the more bitter is now the injury shock.