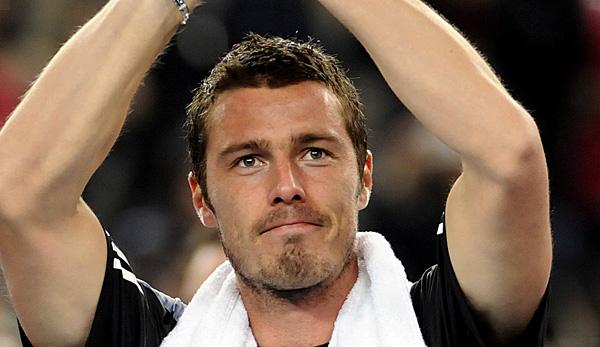 Marat Safin is about to serve at an exhibition in London. In the current tennis sport, the double Grand Slam champion misses young players with real superstar potential – with the exception of Alexander Zverev.

The chances that Marat Safin will be invited as a guest of honour at the next #NextGen Master’s event at the request of the participants there are rather slim – as are the ambitions of the two-time Majority winner to enjoy the performances of the next generation of players in Milan as a spectator.”If Federer and Nadal still win the big tournaments, then something is not right,” Safin explained on Thursday.

Except Alexander Zverev, of course. The German number one has the potential to become a very big player. Especially since he would have an excellent coach with Juan Carlos Ferrero.

But else? Not everything was better in his time, but:”When I grew up, players with 16,17, and 18 years of age won ATP tournaments. Players only become professionals at the age of 25. I don’t know why.”

Safin himself celebrated his first major success at the age of 19, at the hard court tournament in Boston in 1999. One year later, the now 37-year-old rose to the top of the world with his victory against Pete Sampras in the final of the US Open. Safin’s second victory in a Grand Slam tournament was at the Australian Open in 2005, which was to remain the man from Moscow’s last win.

Marat Safin sees his fellow countrymen Andrey Rublev and Karen Khachanov far from such highlights, however:”They are talented – but the leap from a talented to a top ten player is as far away as from here to the moon,”Safin says,”You have to work hard and it’s not just about hitting the ball on the court. There’s psychology, strategy, tactics. They have to work a lot because they still have many ups and downs. Rublev, Khachanov – they win a tournament, but then not a single match for six months.

If you want to be a really good pro, you have to beat Federer and Nadal now,”said Safin. Look at Murray and Djokovic. They were 19 or 20 and beat the best players. Alexander Zverev has already achieved this in the past season, beating Roger Federer and Novak Djokovic. Andrey Rublev was victorious against Grigor Dimitrov at the US Open.

The good news from the point of view of the 15-time ATP tournament champion is that biology will give the younger players a chance “Federer and Nadal are big players, but they too are getting older. No matter how hard you work in the gym, it’s getting harder and harder to recover after the matches. Age always catches up with you.”

Continue Reading
You may also like...
Related Topics:marat safin

Lukas Prüger rushes into the semi-finals of the HTT tour finals 2017 without losing a set
ATP:”I was shocked” – Vavrinka on Norman separation