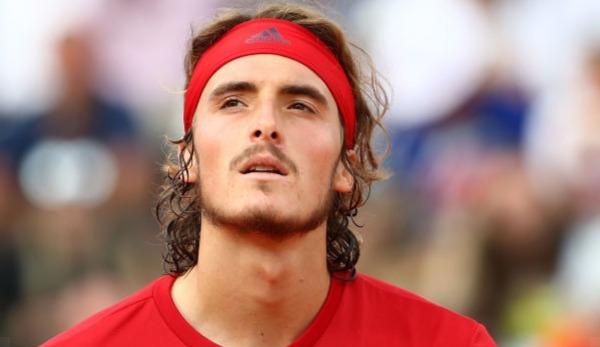 Stefanos Tsitsipas mixed up the tennis scene in this year’s clay court season and played his way to the final in Barcelona. Now the Greek revealed that a few years ago he almost drowned while swimming.

Tsitsipas, aged 19, is one of the young players on the tour and is at the beginning of his career. At this year’s Barcelona tournament, the Greek made his final breakthrough and entered the final in Catalonia.

There Tsitsipas only had to admit defeat to the “sand court king” Rafael Nadal – but it was still a huge success for the NextGen star.

Now Tsitsipas told El Periodico that a few years ago he almost died during a swimming trip. The Greek went swimming with a friend and completely underestimated the situation, Tsitsipas said.

“It was very windy and there were many waves. Swimming was not forbidden and so I jumped into the sea with a friend. Then I suddenly realized that I was already 50 meters from the shore and was drifting further and further out,” Tsitsipas recalled.

“I tried to swim to the mainland, but it was impossible. I couldn’t breathe because of the waves and thought I was going to die,” the 19-year-old continued.

Tsitsipas’ father Apostolos saved him and his friend from drowning and brought the two teenagers ashore. This experience has completely changed Tsitsipa’s life: “All the emotions I felt at that moment have changed my life and my view of the world.

Tsitsipas recovered from this situation and is now well on his way to becoming one of the world’s top tennis players.

French Open: Zverev for the first time as number two, also Thiem with good prospects
WTA: Barthel first German in Nuremberg round of 16