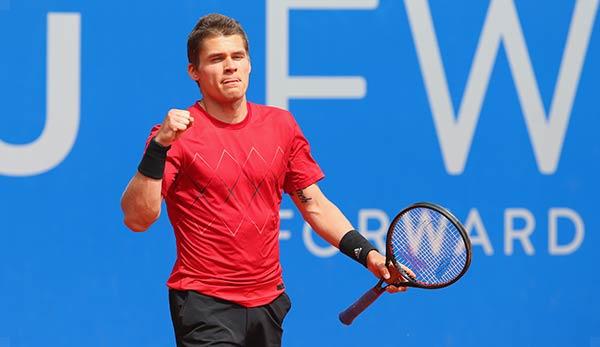 Daniel Masur caused a first surprise at the ATP tournament at Rothenbaum in Hamburg. The German defeated his compatriot Maximilian Marterer 6:3, 6:4 and celebrated his first victory in an ATP main field.

World number 349 will face second seed Diego Schwartzman in the round of the last 16. It took the Argentinian more than two hours to beat wildcard Casper Ruud from Norway 6-4, 2-5, 6-2 in the main draw.

The South American’s next opponent is sixth seed Marco Cecchinato of Italy or Gael Monfils of France. The sails had to be canceled by Damir Dzumhur. The number four in the seed list from Bosnia-Herzegovina lost against the Slovakian qualifier Jozef Kovalik with 2;6, 4:6.