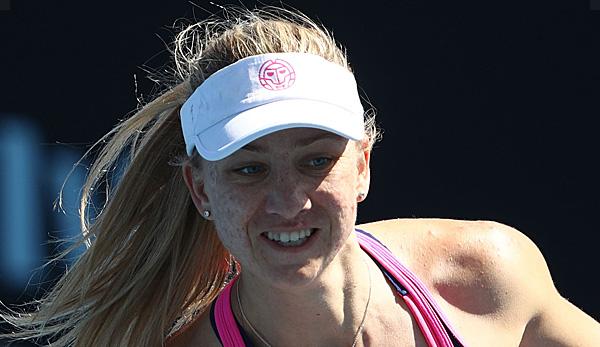 Mona Barthel has moved into the main field as Lucky Loser at the US Open.

The 28-year-old from Neumünster benefits in Flushing Meadows from the cancellation of the Romanian Mihaela Buzarnescu and gets it in the night to Wednesday (CEST) in New York with Marketa Vondrousova from Czech Republic. The 11th World Rankings, Barthel failed in the final round of qualifying due to local hero Francesca Di Lorenzo.

Three days after their tournament victory in San Jose/California at the beginning of August, the world rankings-21st Buzarnescu had suffered a severe ankle bruise at the following event in Montreal. Therefore many experts were surprised that she originally wanted to start at the US Open.

US Open: Hard fought: Angelique Kerber after mandatory victory in the second round
US Open: Laura Siegemund loses in the first round