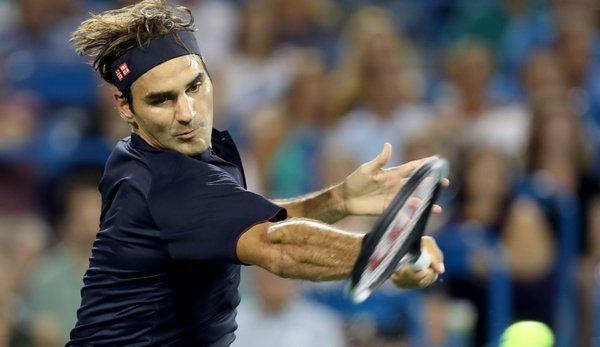 In an interview with the Schweizer Tages-Anzeiger, Roger Federer admitted to an injury on his striking hand, which apparently affected his forehand.

The eyes in Basel are naturally on the defending champion and record champ: Roger Federer sets off on Tuesday to win his home tournament for the ninth time. At the beginning of his career everything looked different: Injuries in 2003, 2004 and 2005 initially limited the Swiss’s ambitions to win the title, but in 2006 the time had come.

However, if someone had claimed that he would eventually win eight titles, “I would have told him: No chance. I’m not winning here, that’s what it looks like,” Federer explained in the interview. “I was young and wanted to win by dying. “Until I realized I had to get down to business and take one game at a time.”

Federer and his family were on the road for ten weeks most recently – from Cincinnati to New York, Chicago, Tokyo and Shanghai, in the meantime he spent five days in Switzerland for fitness training and a photo shoot. Tennis-wise it was a time of mixed success, Federer “only” collected a title in Chicago, at the Laver Cup. Especially the forehand caused some spectators headaches, Federer scattered an unusual amount in the last half year.

When asked whether this feeling was correct, the record major champ admitted: “I had a little pain in my hand at the beginning of the grass court season, during practice. I have a feeling this has affected me more than I thought. It dragged on for about three months.” And further: “This is not an excuse, I don’t want to hang it on the big bell either. But it’s already affected my forehand.” Especially in the hall final and in Wimbledon this was a problem. “I couldn’t play the forehand blind in the corner anymore.”

Since the Laver Cup in Chicago, however, it would have been better if some time had elapsed especially during the first ten minutes, even when hitting the ball. “Meanwhile, I can play the forehand normally again without thinking about the hand. It’s already cost me a few percent.”

While some don’t want to have seen the best Federer in Shanghai either, the Maestro himself looks back with good feelings. “I myself thought it wasn’t so bad and was happy. Especially since I had huge rallies on the fast surface, with Medvedev, Bautista and especially Kei Nishikori,” said the third in the world rankings. “I feel like I’ve found the rhythm again.”

ATP: Andrey Rublev in Vienna – The hard way back
ATP: Stan Wawrinka must end season due to back injury