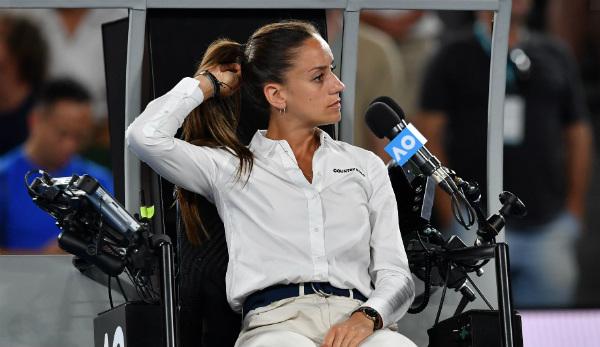 Marijana Veljovic is one of the few so-called gold badge chair referees on the professional tour. The Serbian is a bit worried about the small percentage of female referees in the tennis scene.

What happened in Lille about a week ago was also something very special for Marijana Veljovic. For the first time she, a member of the ITF Grand Slam Referees team since 2016, had been nominated as a chair referee for a Davis Cup final. And already on the first day Veljovic was used in the game between the Croatian Marin Cilic and the Frenchman Jo-Wilfried Tsonga.

The first dream of the university graduate from Kragujevac had already come true in Melbourne at the beginning of the year. At the Australian Open she led her first Grand Slam final (Caroline Wozniacki against Simona Halep). But if it goes to Veljovic, then even more women could dare to take the referees chair.

“We have three and a half times fewer women than men in our job,” she said in an interview with the ITF, saying, “If you’re good enough, you should be there, no matter what gender you’re with”.

Veljovic wants women to be encouraged and supported even more so that they can work as referees. “When some people wonder if you’re good enough even though you’re a woman, it’s not fair,” she added.

In September the British Alison Hughes was the second woman to lead a men’s final at the US Open (Novak Djokovic against Juan Martin del Potro). The first was the Greek Eva Asderaki-Moore three years earlier.

Veljovic once gave an insight into her job in an interview with the British daily newspaper “The Telegraph”. “You have to be aware that certain things can happen – and you have to foresee them best. The best referees in the world have this feeling,” she explained, adding: “There are a lot of cameras and microphones, you have to be careful what you say and how you communicate.