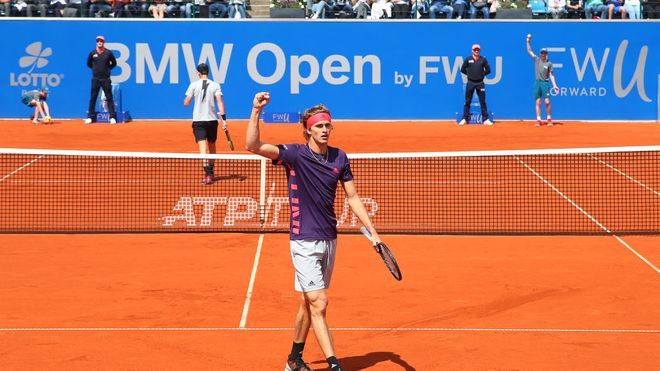 ATP and WTA extend their breaks. After the French Open was postponed due to the corona virus, the BMW Open had to be cancelled as well.

The tennis players’ associations ATP and WTA have extended their game breaks due to the corona pandemic in a joint decision. The tours of the men and women will now be suspended until 7 June. The world rankings are frozen during this period.

As a result, the BMW Open in Munich cannot take place from 25 April to 3 May 2020 as planned. This was confirmed by the organizers of the BMW Open on Wednesday.

New date still unclear
“For all tennis fans, the situation is very unfortunate. Even if it is difficult, in the end it is about an overall responsibility towards the spectators and the players as well as all participants who are involved in the tournament”, said Michael Mronz for the organizer MMP Event GmbH. The health and safety of all has highest priority.

Whether the BMW Open can be staged at a later date after all is still unclear at the moment. Within the ATP, there are considerations to reschedule the tournament at a later point of the year. According to the organizers, they have expressed interest. More details will be announced in the next few weeks.

French Open have already been cancelled
The ATP and WTA stated that different dates for a possible return of players to the courts would be taken into consideration.

The challenges posed by the COVID 19 pandemic “require all members of the tennis community to work together more than ever before,” the statement said. The organisers of Wimbledon, the Australian Open and the US Open also shared this view. The organizers of the French Open were not mentioned.

The Roland Garros tournament had already been moved on Tuesday from the end of May to autumn (20 September to 4 October). The tour schedule was shaken up a lot. The ATP and WTA had initially announced breaks until the end of April and the beginning of May respectively.