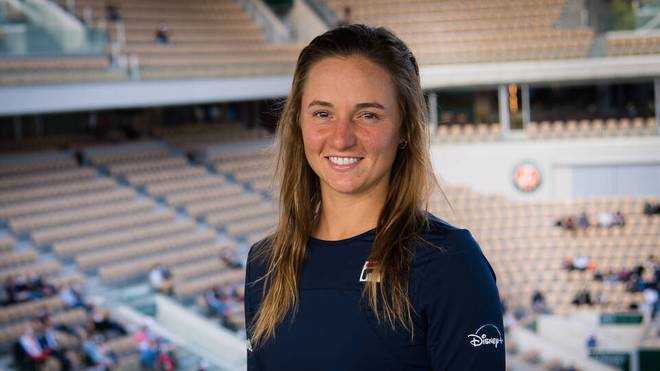 With her entry into the semi-finals, the Argentine qualifier Nadia Podoroska is making history at the French Open. Her career was nearing its end.

Of course, Nadia Podoroska’s birthplace already promises great deeds. After all, Lionel Messi rose from Rosario to become the king of soccer, and the famous revolutionary Che Guevara also saw the light of day in the Argentinean metropolis.

However, the fact that tennis player Podoroska was one day to accomplish something historic did not suggest much. And yet the 23-year-old has immortalized herself in the history books of her sport with her semi-final appearance at the French Open. (Schedule and results of the French Open 2020)

Podoroska is number 131 in the world, battled his way through the Roland Garros qualification and won a main round match in a Grand Slam tournament for the first time ever. But then to advance to the semifinals – no qualifier in the history of professional tennis since 1968 in Paris had ever succeeded in doing so.

Podoroska was asked whether she had to pinch herself for this reason after her surprise quarter-final match against the third-seeded Elina Svitolina. “No,” she answered boldly, “I don’t want to wake up yet.”

The dream journey in autumnal Paris is not to end yet in the semi-final on Thursday against the 19-year-old Polish Iga Swiatek (French Open, semi-final: Iga Swiatek – Nadia Podoroska on Thursday from 3 p.m. in LIVETICKER), who also expected only the fewest there. There had never been a qualifier in the final in the history of the four biggest tennis tournaments in the world.

Yet more than two years ago, nothing at all had pointed to such a fairy tale, quite the contrary: Podoroska would not even have been able to afford a trip to Paris.

Eight months she had been out of action because of an injury to her right wrist, and her financial reserves no longer allowed her to make expensive tournament trips. The end of her career was not far off. “I had too many injuries, I crashed in the rankings,” she said: “That was the hardest time.

But Podoroska fought on and returned to the field in March 2018, she turned everything upside down and parted ways with her long-time coach.

She now lives in Alicante, Spain, and has no more money worries. Even reaching the semi-finals brought 425,000 euros into her account – she had won almost 260,000 euros in prize money in her entire career.