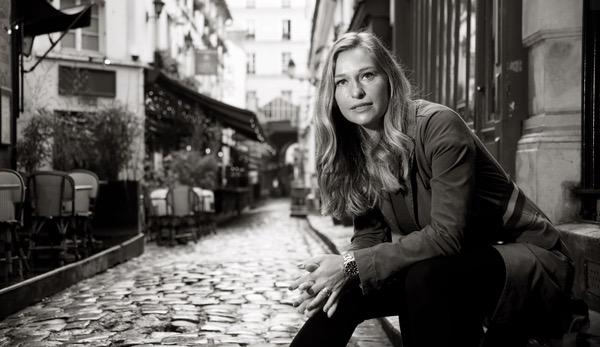 Barbara Schett-Eagle is still Austria’s most successful tennis player. She was one of the ten best professionals in the world in both singles and doubles and now reports regularly on the Grand Slam tournaments for Eurosport. In an interview with tennisnet, the three-time WTA tournament winner talks about her involvement as a TV expert and Dominic Thiem’s relationship with Kristina Mladenovic.

Schett-Eagle also explains why there is currently no Austrian lady at the top of the world, how she herself is trying to change this, and what annoys her about the discussion about equality in professional tennis.

tennisnet: Mrs Schett-Eagle, you have been a TV expert at Eurosport for several years. How did this commitment come about?

Barbara Schett-Eagle: At the end of my active career, I was looking for a way to go after I resigned. So I came to some appearances as a guest commentator, I liked this track very much. At the beginning of 2005 – after my last tournament – I got the call to take over a format at Eurosport together with Mats Wilander.

Schett-Eagle: But at the beginning of the Grand Slams we were only there with a mini team (laughs). There were five people: A journalist, a cameraman, another helper and Mats and me. Over the years we have grown increasingly, and through the acquisition of Discovery three years ago, the production today is huge. In Paris, for example, there were 100 of us.

tennisnet: Even in active times it was important for you to prepare your plan for the tennis pension.

Schett-Eagle: I am a structured person who does not wait for things to fall into my lap. It’s great that my time at Eurosport is now longer than my career as a tennis player. I am also ambassador of the WTA tournament in Linz and brand ambassador for JUVENA and SÜBA AG. This is a very variable field of activity, keeps you fresh and is great fun. As a former competitive athlete, one would hardly be able to stand a monotony anyway. (laughs)

tennisnet: Is there a player in the course of her expert work who is particularly fond of interviewing her?

Schett-Eagle: There is always something funny in the conversation with Andrea Petkovic. Most ladies today are just a question and answer, there’s not really a joker that stands out. It’s a little more fun for you gentlemen. Simona Halep, for example, is incredibly sweet, but would never get a laughing fit on the air.

tennisnet: But Halep had a good laugh a few weeks ago in Paris when she ended the discussions as to whether she was a worthy number one with the title.

Schett-Eagle: She works really hard, but is also very self-critical. Her footwork is unique, her consistency impressive – all in all she is the most complete player on the tour. So she really deserves to be first in the world rankings, and I’m glad she finally won a Grand Slam title. They also noticed what a huge load has fallen off her shoulder.

tennisnet: How do you rate the comebacks of tennis moms Serena Williams and Viktoria Azarenka?

Schett-Eagle: You make a statement for women, because it shows that a career is not so easy to plan. Pregnancy itself lasts nine months, after which it takes at least another nine months to get back in shape physically. It also makes a difference whether you have a child at the age of 20, like Kim Clijsters, or at 35, which is a much greater physical strain. But birth is not just a physical challenge.

tennisnet: What else is there to consider?

Schett-Eagle: There is also a change in the mental area. You no longer have 100 percent tennis in your head, you have to share your strength for your child. But it’s nice to see you both back on the court. Serena has made a statement with her catsuit anyway and showed everyone that as a mother, who may not look top fit, she does not have to hide.

tennisnet: Is Williams already at a level that makes her eligible for the title in Wimbledon?

Schett-Eagle: Serena had a real horror birth. She just needs to give herself time to be 100% ready. Your match against Julia Görges at the French Open has already impressed me. She can’t take too much time, but I think she can be in a good mood for Wimbledon again. Her big goal is another Grand Slam title. Lawn is certainly your best surface to strike again. I wonder if she wears a white catsuit in Wimbledon (laughs).

tennisnet: In your opinion, is women’s tennis generally on the right track?

Schett-Eagle: There were years before Grand Slams when it was clear that Serena would probably win the title. Many are already worried about what will happen after they resign. The men with Roger Federer and Rafael Nadal also have these concerns. But there will come a new generation that may not polarize people my age so much because we still know the older players and have seen them live. Tennis has a functioning audience, not much will change. In women’s tennis is the world’s number one sport anyway, so I don’t think so much is being done wrong.

tennisnet: Wimbledon is toying with the idea of aligning the number of press releases in the women’s field with that of the men. What do you think of this idea?

Schett-Eagle: I think it’s nice when someone pays attention to it, but that’s a small part of the problem. I’m a little tired of discussing why women earn the same money at Grand Slams as men, and I personally feel a bit offended. People only see the prize money and not the big picture: On the WTA Tour there are much less well endowed tournaments. The ladies need the Grand Slams to survive at all. Otherwise sport would hardly be affordable.

Page 1: Barbara Schett-Eagle on her Eurosport activities and equal rights in professional tennis

Page 2: Barbara Schett-Eagle on the relationship between Thiem and Mladenovic and women’s tennis in Austria

Tennis: Wimbledon live on TV and live stream today
Wimbledon: Kerber takes the pressure off himself: “The place is just as big – and the opponents are the same”.