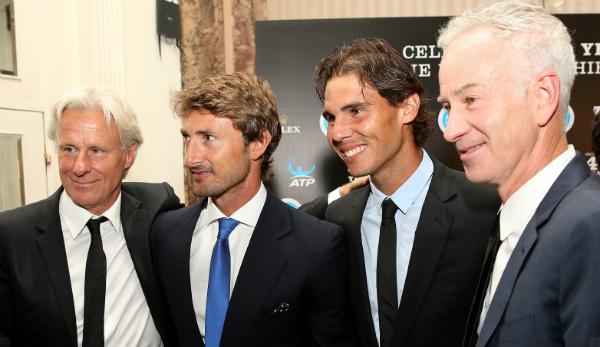 Juan Carlos Ferrero believes that his compatriot Rafael Nadal will have a good few more years in the world elite. Above all, the former coach of Alexander Zverev is fascinated by a characteristic of the world ranking second place.

Rafael Nadal has been back in training since last week. The French Open record winner is looking forward to the new season after missing the end of last season due to an ankle surgery.

If his buddy Juan Carlos Ferrero is to be followed, then “Rafa” still has “two, three years” ahead of him at the highest level anyway. Prerequisite: The 32-year-old Nadal is spared serious injury-related setbacks. “When he’s fit, his tennis is great,” Ferrero raved at Omnisport.

And Ferrero (38), 2003 Roland Garros Champion, makes no secret of what fascinates him about his Spanish compatriot.

“What impresses me the most is how he manages to keep his motivation so high. The hardest thing is to play with such an attitude. Fortunately, Rafael can do that,” Ferrero said about 17-time Grand winner Nadal, who starts the new season 1565 points behind industry leader Novak Djokovic (Serbia).

Every time he sees Nadal play without complaints, “he’s like an animal,” Ferrero said, who had looked after Alexander Zverev until March 2018. Of course, the advancing age also plays a role, but “if Roger Federer says he wants to play until he’s 40 years old, then Rafa has a few more years ahead of him.” By the way, Federer turned 37 in August.

Nadal had had a free joint body removed from his right ankle a good month ago. He was therefore unable to take part in the ATP finals in London. At the tournament in Brisbane (from 30 December 2018) the left-hander wants to officially open his season. Nadal previously participated in the Mubadala World Tennis Championship in Abu Dhabi (27-29 December).

The Spanish Roland Garros record champion will be awaited by the winner of the duel between defending champion Kevin Anderson of South Africa and South Korean Hyeon Chung at the Zayed Sports City Centre on 28 December. Djokovic is faced with the winner of the match between Dominic Thiem (Austria) and Karen Khachanov (Russia).

ATP: Player of the Year, candidate number one – Fabio Fognini
WTA: At the age of 14: “wunderkind” Cori Gauff wins the Orange Bowl