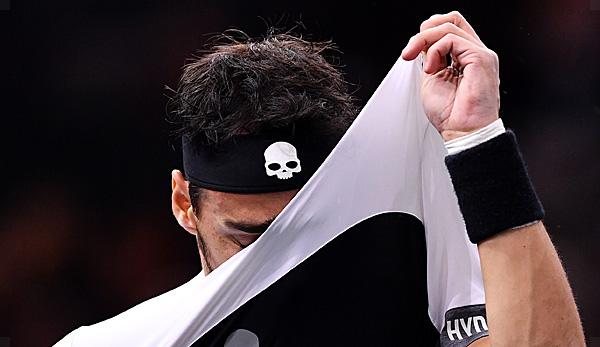 The tennisnet editorial team is now also thinking about the players of the year on the ATP Tour. At the start it’s the turn of an outsider: Fabio Fognini.

Oh, Fabio. Could you perhaps get a bit further than, say, into the quarter finals in one of the more important tournaments of the year? The last eight in Rome, that’s good, but wouldn’t that have been the best opportunity to finally clean Nadal Rafa again? Well, you won the first set, but then? Only three more games made, that was rather very little.

Nevertheless, the author insists that Fabio Fognini is his player of the year 2018. That’s it.

It took a few years (and a wise colleague’s kind words were needed) to realize Fabio’s extraordinary talent: the legwork is unique, the anticipation grandiose, the forehand powerful. Unless he’s not happy. Then the audience gets to see what Philipp Kohlschreiber described as “bad Fabio” in Kitzbühel a few years ago.

Which there still was in 2018: So Fabio comes to Munich, as in recent years financially animated by a sponsor, shines with just that one on Monday evening at the Players´ party – and then loses unadorned against Marco Cecchinato. But he had just arrived from Budapest, with seven matches in his legs. The sponsorship contract is history, as are the trips to Monaco in Bavaria.

Three tournament wins in 2018. Even if only in 250cc events. But, and this shows Fabio’s outstanding class when he feels it, he dominated Juan Martin del Potro in the final of Los Cabos, as very few people have shown in the past season.

The appearances before the Nadal defeat in Rome were of course not bad, especially the victory against Dominic Thiem. Even if this, besides the success against DelPo, remains the only victory over a top ten man.

But: 46 won matches are worth something, namely with 13th place the best ranking Fabio has ever finished after a tennis year.

Actually, anything else. And more. There the Italians once again have the chance to reach the semi-finals of the Davis Cup – and Fognini loses against Lucas Pouille on Friday. Home! In Genoa! But there should be no talk of exaggerated patriotism in Fabio’s case, who goes to his home country every year to make his debut: As Italian journalists confirm, the local federation has forced Fognini to compete. With money.

And yes, hardly anyone would be more happy about a deep run of Fabio Fognini into a major than the author – but more than the fourth rounds in Melbourne (defeat against Tomas Berdych, older tennis friends will remember the Czech) and Roland Garros (out against Marin Cilic) were also not in 2018.

But the biggest shortcoming can already be seen from a distance from next year: Nobody wore the number 17 more proudly on his back than Fabio Fognin. Even if it was only the fashion designer’s favourite number at Fabios now an old outfitter. Now Fabio is competing in new dresses, he will also shine fashionably in those, but a Fabio Fognini without a skull on his chest is at least getting used to. Or is the new deal just about the underwear?

Whatever. In any case, we will be happy to watch.