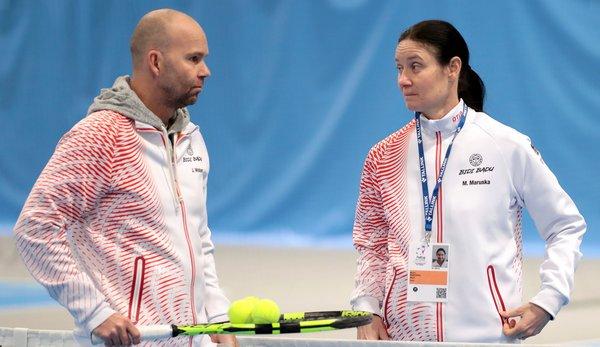 The Austrian Fed Cup team will compete next year only in Zone II of the Europe-Africa Zone. In the sixth week of the calendar week, the Austrians in Luxembourg will be concerned with their immediate return to Zone I, which, according to the Austrian Tennis Association (ÖTV), is also their declared goal.

A new boss at the forefront is supposed to make this happen. 45-year-old Marion Maruska replaces Jürgen Waber at the head of the women’s team. “Marion Maruska knows top sport as a former player from every angle, as does ÖTV. It is the ideal cast,” explains ÖTV President Werner Klausner.

Maruska was active from 1988 to 2001. Her greatest success was the tournament victory in Auckland in 1996, one year later she was able to celebrate her career high with world ranking position 50. From 2002 to 2006 she was assistant coach of Alfred Tesar and later on several times delegation leader at the Fed Cup.

“I didn’t have to think long. I know what it means to compete as an individual athlete in a team for your country. I want to pass this knowledge on to our young players and support them in their quest for their best performance for the team,” says the eight-time Fed Cup player.

The new woman will have her first appearance at the helm in Luxembourg. The journey there will involve five players. Barbara Haas, Julia Grabher, Melanie Klaffner, Mira Antonitsch and Sinja Kraus currently have the best cards.