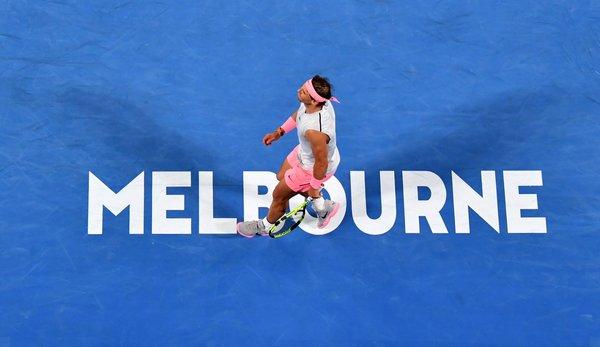 Rafael Nadal is back in training mode. The 32-year-old is preparing for the upcoming challenges in Australia in Mallorca.

Nadal played his last match in the semi-final of the US Open against Juan Martin del Potro. Afterwards, the Spaniard had to give up the remaining tournaments of the year due to a knee injury and a pulled abdominal muscle. He also had a free joint body in his right ankle removed at the beginning of November.

But now the 17-time Grand Slam champion seems to have recovered completely. That’s what Craig Tiley, tournament director of the Australian Open, says: “I’m in contact with Rafa and he’s fully fit again. He can’t wait to get to Australia.”

Nadal himself has been back in training for a few days now. This is also proven by pictures in the social media showing the King of Clay on the training court in his home Rafa Nadal Academy. The Austrian Jurij Rodionov will join the training partners this week.

Nadal will open his season at the Exhibition Tournament in Abu Dhabi before the world runner-up will go to the ATP 250 Tournament in Brisbane. After that Rafa will be hosting the “FAST4-Event” in Sydney. From 14 January, the Mallorcan will serve at the first Grand Slam tournament of the year in Melbourne.