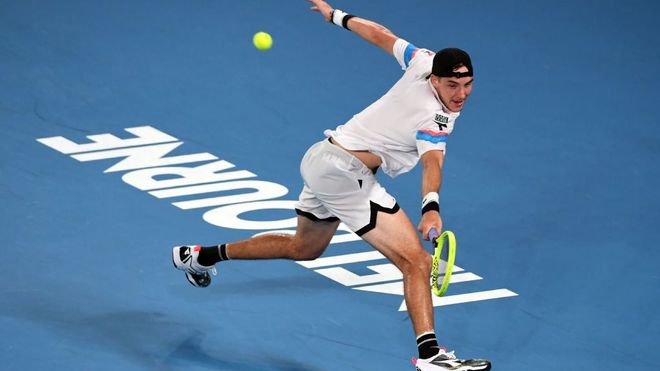 For Jan-Lennard Struff, the first round of the ATP tournament in Rotterdam is the last stop. The 29-year-old fails because of a Canadian.

Jan-Lennard Struff has lost his first match after the out against Novak Djokovic at the Australian Open. The 29-year-old lost to the Canadian Felix Auger-Aliassime in Rotterdam 3-6, 6-1, 3-6.

In the first round of the Australian Open, Struff took a set from the future title holder Djokovic. For the Serb, it was the only set loss until the final against Dominic Thiem (Austria).

Kohlschreiber also out early
On Monday, Philipp Kohlschreiber had already failed at the indoor tournament, which was endowed with 2,155,295 points, against the Briton Daniel Evans. This means that there is no German player left in the singles in Rotterdam. Struff will play alongside Henri Kontinen from Finland in the double quarter-finals.