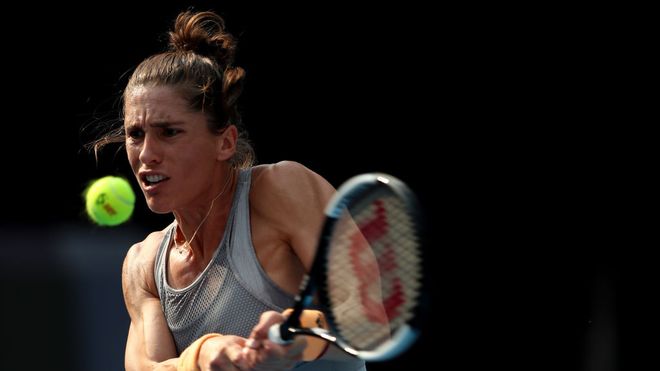 Hamburg – Andrea Petkovic’s tennis career is coming to a close due to the corona crisis and injuries. The 32-year-old plans to change her plans and postpones the end of her career.

Tennis professional Andrea Petkovic is apparently aiming for her career end in 2021.

Petkovic postpones end of career
“2020 should be a fading year,” the 32-year-old told the Süddeutsche Zeitung, “that’s more likely to happen. So she made the decision: “I’m going to hang on for another year. I want to leave the tournaments and say goodbye.”

The former top ten player hasn’t played any tournaments this year due to knee problems, in February she had to have an operation. The WTA Tour is taking a break until 7 June due to the Corona pandemic. Petkovic is now also active as a presenter on ZDF and proves her all-round talent also in the corona crisis.

She founded the online book club “Racquet Book Club”. She has been toying with the idea of doing something like that for quite some time. “I thought it was so out of time. Nobody’s doing that. I’ll sit there with two fans”, Petkovic said. Her club currently has more than 2200 followers at Instagram.