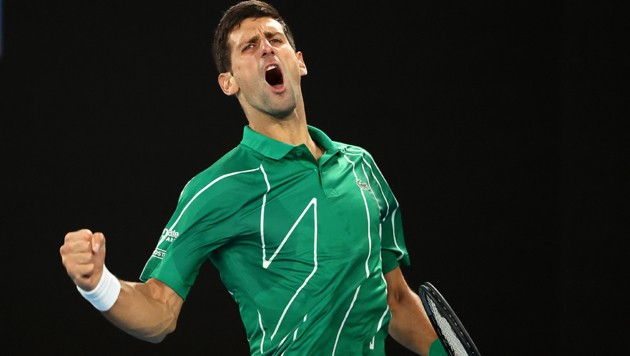 Novak Djokovic is known for taking special care of his body and keeping his hands off alcohol. But a few years ago this was different.

Tennis superstar Novak Djokovic is known for treating his body like a temple.

The world number one eats vegan food and does not drink alcohol. When his crew toasted his triumph at the Australian Open with champagne in early January, Djokovic drank from his energy drink bottle.

However, Djokovic has now revealed that the 32-year-old did not always live such an abstinent life in an Instagram Live with former tennis professional Maria Sharapova.

Djokovic plays hung-over in Davis Cup
Djokovic says he has never played drunk – but at a 2011 Davis Cup match immediately after his Wimbledon final victory over Rafael Nadal, the Serb was anything but in top form.

“It was my first Wimbledon success and I became number 1, it was as if all my dreams had come true. And I practically travelled from London to Sweden the next day to play the quarter-finals of the Davis Cup against Sweden,” said Djokovic.

Djokovic was aware of his condition and did not want to play an official match: “I was hungover and just wanted to watch the other boys play. I don’t know how my double match came about – but let me just say that I didn’t see the ball very clearly.”

Serbia loses doubles against Sweden
And so it was that even his experienced doubles partner Nenad Zemonjic could not prevent Serbia from losing the match to the much less experienced duo Simon Aspelin and Robert Lindstedt.

Sweden shortened the score to 1:2 and kept their hopes for the semi-final alive one day longer. But since the Swedes played without their top player Robin Söderling, the doubles match only had a cosmetic effect on the results.

It is not known whether this match ultimately led to Djokovic completely giving up alcohol. But with 17 Grand Slam titles to his name, he must have found a way to play on the court in top form.