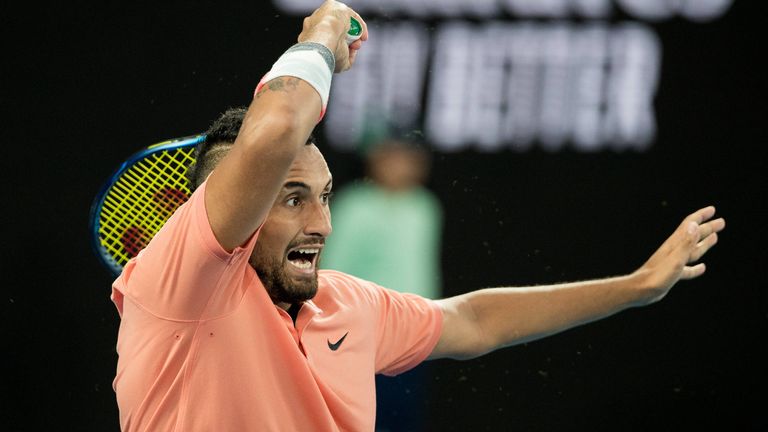 Nick Kyrgios drinks six glasses of wine during a live chat with Andy Murray – and then goes on to talk about Novak Djokovic, Alexander Zverev and Dominic Thiem.

After six glasses of red wine, tennis pro Nick Kyrgios has effusively praised his rival and good friend Andy Murray, but has attacked the rest of his rivals like Germany’s top players Alexander Zverev, Dominic Thiem or even Novak Djokovic, sometimes violently.

“I think you’re better than Djokovic,” Kyrgios said to Murray in an Instagram live chat and told about his new passion: “My knowledge and interest in red wine have increased incredibly during the quarantine.

Kyrgios blasphemes about Djokovic
Kyrgios (25), notorious for his provocative statements, shot further tops against the world number one Novak Djokovic. The Serb had played “dodgeball” on his serves and “tried to avoid them,” said the intoxicated Australian. Murray, on the other hand, tried to beat the winners directly.

Murray replied diplomatically: “The results suggest the opposite,” the former world number one said one day after his 33rd birthday. In the direct duel of the two Djokovic leads with 25:11 wins.

Kyrgios, currently ranked 40th in the world, and Djokovic had already clashed recently. Kyrgios had described the Serb’s celebrations after victories as “highly embarrassing” and claimed that he has a “sick obsession with wanting to be liked”.

Zverev and Thiem get fat off
But Zverev also got his fat off. German and Greek young star Stefanos Tsitsipas would hate each other “and then they would pretend to be besties for a week,” Kyrgios said.

He indirectly accused the Austrian Dominic Thiem – in contrast to the Australian bad boy, who has already reached Grand Slam finals – of being a bore: “He likes to watch paint dry.

Kyrgios certainly didn’t make himself more popular with the performance, but he always didn’t care about that.