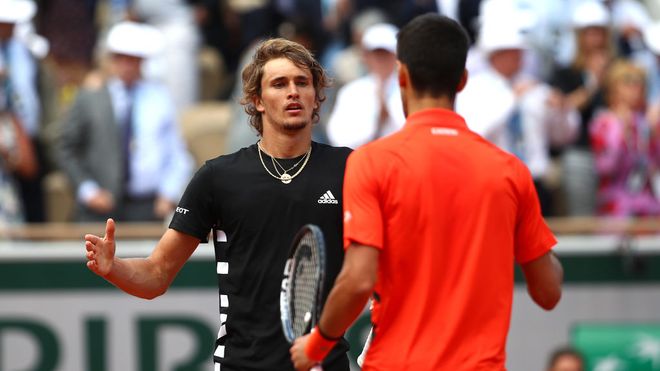 Novak Djokovic announces that Alexander Zverev will play in the tournament series he has created. Other top stars are also taking part.

Germany’s tennis star Alexander Zverev (23) will participate in the tournament series in the Balkans, which was initiated by industry leader Novak Djokovic (33).

The world number one announced to the Serbian press on Monday: “I have good news. Sascha Zverev has confirmed that he will come to Belgrade.”

Djokovic is planning to organise his own tournament series during the break in international professional tennis. The so-called “Adriatic Tour” will take place from 13 June to 5 July in his Serbian homeland as well as in Croatia, Montenegro and Bosnia.

Thiem and Dimitrow also play
Other top stars such as the world number three Dominic Thiem (Austria) and Grigor Dimitrow (Bulgaria) had already confirmed their participation, now another big name of the scene followed in the world number seven Zverev.

The proceeds from the Djokovic tournament will be donated to various charities. Whether spectators will be admitted is not yet certain. At the end of April, Zverev had already declared that he and his professional colleagues would exchange ideas in a WhatsApp group on how they could help in the Corona crisis.