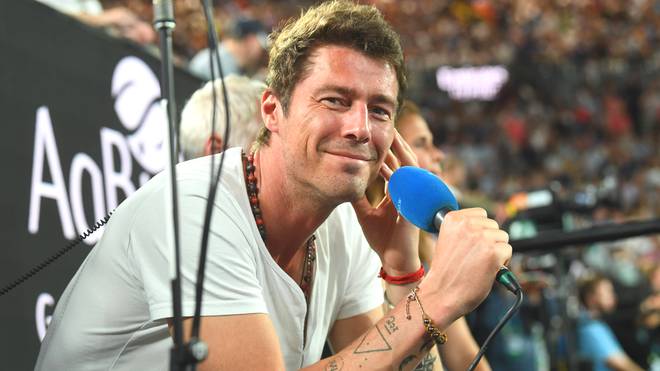 Marat Safin divides tennis fans throughout his career. Now the Russian amazes with strange theories and explains why sex no longer interests him.

Marat Safin is a former world-class tennis player who has always been known for his idiosyncratic character.

Most recently, the former number 1 attracted renewed attention with a curious interview with ESPN. There he said, “I never liked playing tennis, I never enjoyed it.”

The Moscow native had a brilliant career in the process. Two Grand Slam titles and 15 tournament victories on the ATP Tour. For nine weeks, the now 40-year-old was ranked number one in the world.

Safin: Football was my passion
Many tennis fans consider the controversial professional to be a tennis genius who could have made much more of his talent. “They pushed me to play. My passion would have been football.” So Safin says, “My career is a miracle.”

His mother was the mastermind behind his career, Safin explains, and still pays tribute: “She did all her work and raised two children who became number one.”

Because his younger sister, Dinara Safina, also made it to the top of the world rankings.

1055 smashed clubs according to Head
He attracted attention on the court not only through his athletic ability. His outfitter “Head” claims that Safin smashed proud 1055 clubs during his career.

“I broke 80 clubs a year or more. Head even gave me a present, a snowboard with the number 1055 on it,” the ex-professional reports amusedly.

However, the member of the Hall of Fame of Tennis does not want to accept his reputation as a “party animal”, which was attested to him during his active years.

“The people who claim this have never won anything before. They are losers. I was never number one in nightlife,” he said in an interview with Socrates.

Safin: “Have no needs”
After the end of his career in 2009, he almost completely disappeared from the tennis world for almost ten years. In 2011 he was elected to the state parliament for Vladimir Putin’s party “United Russia”. In 2017 he returned his mandate.

Now the portal sports.ru published an interview with the tennis star. In it he revealed, among other things: “It’s been a long time since I had a girlfriend or wife. And I don’t want to, I have no needs. I don’t want a connection.” The bachelor was also not interested in sex.

But he lets his two cats into his heart. Otherwise he won’t let anyone into his home. Reason: “It would destroy the energy”.

Machu Picchu created by aliens
In Russia they say he has a daughter out of wedlock. However, Safin vehemently denies having fathered a certain Eva Jakubovskaja.

Furthermore, Safin believes that aliens entered our earth a long time ago. This would have become clear to him during a visit to the Peruvian memorial place Machu Picchu.

According to Safin, the ruined city was built by aliens: “I think there is another side to the story. People couldn’t have done this back then.”