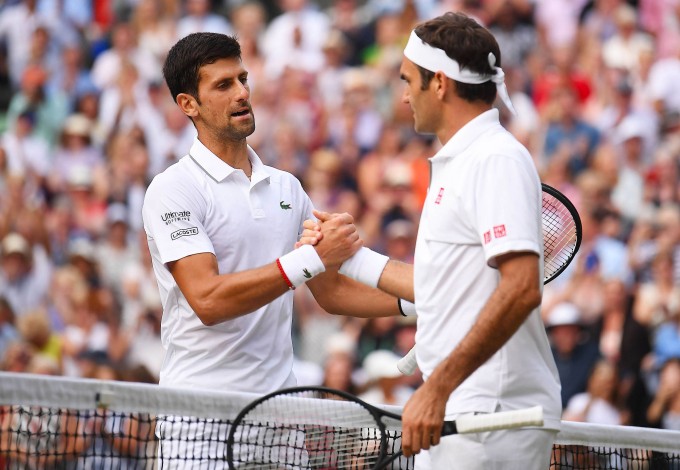 For the first time after his corona scandal, Novak Djokovic appears in public again – and disturbs with a miracle healer during a visit to the pyramids.

Novak Djokovic has again irritated with a highly bizarre-looking performance.

After the fuss about his positive corona test and the catastrophic course of his aborted Adriatic tour, the tennis star visited the Bosnian pyramids in Visoko. The controversial miracle healer Semir Osmanagic was also there. He claims to have discovered the buildings himself and to be able to attribute a healing effect to them.

But that’s not all: in a television interview with Face TV, Osmanagic now also spoke of a corona remedy. His pseudo-scientific theory: negative ions could fight the virus – and near the pyramids in Visoko the concentration of said ions is particularly high.

Pyramids as a cure for Corona?
It is not surprising that Djokovic visited this place after his positive corona test.

Besides several players, Djokovic and his wife Jelena were infected with COVID-19 on the Adriatic tour.

The 17-time Grand Slam winner now faces the accusation that by visiting the pyramids, he supports the statements of Osmanagic and encourages people to make a pilgrimage to the pyramids because of their alleged healing effect.

Djokovic irritated with statements
Djokovic had often caused head shaking in the recent past with bizarre statements:

At the side of the mental trainer and esotericist Chervin Jafarieh, he had come to the conclusion that water reacts to human emotions and mental influence. “I know people who have transformed water through energetic transformations and the power of prayer. Perhaps the most poisonous water became water with the greatest healing power because water reacts,” said the 33-year-old.

Djokovic also spoke out against vaccinations, and his wife Jelena sees caries as a threat to women’s fertility.