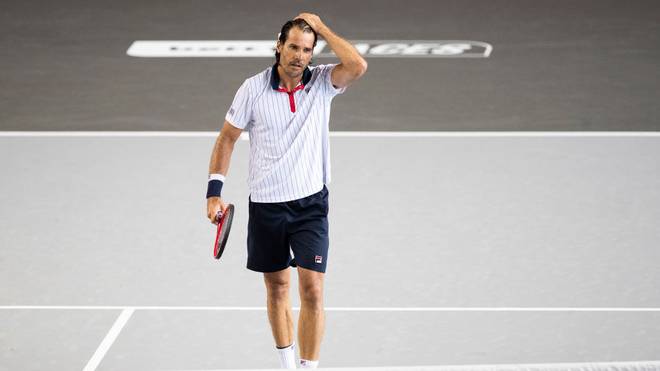 Tommy Haas cannot play in the match for third place in Berlin due to a calf injury. Mischa Zverev replaces the 42-year-old. Andrea Petkovic wins.

For former professional Tommy Haas, the invitational tournament in Berlin ended prematurely. The 42-year-old had to cancel his participation in the match for third place against Roberto Bautista Agut of Spain on Sunday due to an injury in his left calf. Haas was replaced by his fellow countryman Mischa Zverev, who won the duel 6:4, 6:3.

Haas had lost the semi-final on Saturday on the grounds of the former Tempelhof airport against the world number three Dominic Thiem (Austria) 6-7, 3-6. On Friday, Haas had defeated Jan-Lennard Struff, number 34 of the world ranking list, 7:6 (7:5), 7:6 (7:3). Thiem won the final on Sunday evening against the Italian Jannik Sinner 6:4, 6:2.

For Andrea Petkovic the tournament ended with a sense of achievement. The 32-year-old from Darmstadt won the match for third place against Elina Switolina (Ukraine), fifth in the world ranking, 6-4, 7-6 (7-1). The final was won by Anastasija Sevastova from Latvia. The 30-year-old won against Petra Kvitova (Czech Republic) 3:6, 6:3, 10:5.