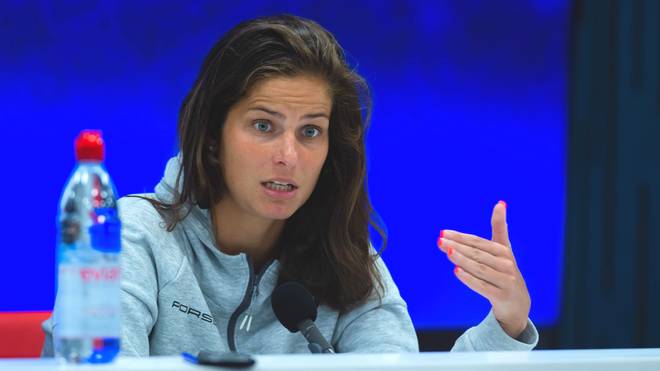 Julia Görges will not participate in the US Open in New York. At SPORT1, the German tennis star explains her decision and reveals her plan to return.

Numerous top players have decided not to take part in the US Open this year, which is to be held from August 31 to September 13 despite the strong spread of the coronavirus in the USA and especially in New York.

“I have decided not to participate in the US Open this year because I would not feel comfortable travelling to New York in view of the high COVID-19 numbers in the USA and exposing myself and my team to any unnecessary risk,” explained Görges.

Görges focuses on tournaments in Europe
In particular, the lack of planning security was the decisive factor.

“In addition, many questions remain unanswered regarding a possible quarantine after a return trip to Europe from the USA, so I decided to stay in Europe and focus on the European tournaments,” added the current World Rankings-38th.

Görges spoke of an “extremely difficult decision”, as it will be the first time after 43 peloton appearances in a row that she will not be at a Grand Slam. She can therefore understand other players who want to serve despite the situation at Flushing Meadows.

“I think every player should decide for himself. Everyone is in a different situation, everyone has a different way of thinking about this,” said the nine-time WTA tournament winner.

French Open start planned
Like all the other tennis pros, she hopes to return to normal on the tour as soon as possible. Görges had her last official tour match in Qatar in February.

“I am currently planning to return to the tour in Rome, as Madrid has unfortunately been cancelled. After that, I will play at the French Open if it continues and can be played there under safe conditions,” announced Görges.

The WTA event in the Italian capital is scheduled to take place from 20 to 26 September. The start of Roland Garros in Paris is scheduled for 27 September.

Next cancellation for US Open
Becker on dealing with sports heroes