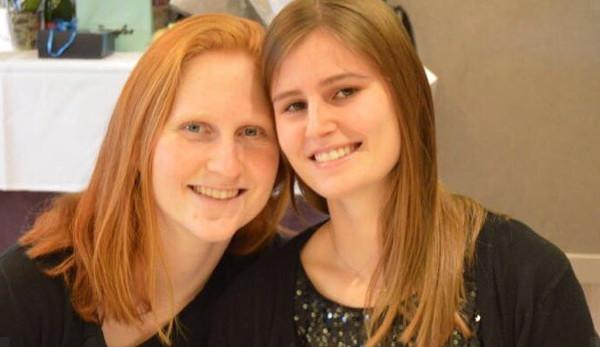 Outings on the women’s tour have long since become commonplace: Johanna Larsson publicly announced her lesbian tendency in September 2017, while Conny Perrin and Tara Moore announced as early as 2016 that they would marry. Now Belgium also has a same-sex tennis lovers.

“We are very open-minded about our relationship and my parents are proud of it,”Van Uytvanck told the Belgian broadcaster Sporza,”nobody has to judge us because we are lesbian. It’s not a disease.”

The 23-year-old is happy to no longer have to play hide-and-seek. Van Uytvanck’s girlfriend Greet Minnen, currently listed outside the top 1000, is also on the tennis scene.

Van Uytvanck, however, did not want to leave it unmentioned that she did not always have an easy life and was often mobbed because of her youthful appearance in childhood:”I confront those who made my life so difficult with my success, so that they can understand the pain I had to endure”.

The red-haired Belgian is no stranger on the tour. In 2016, Van Uytvanck made her biggest coup at Grand Slam level to date when she reached the quarter-finals at the French Open. Only two weeks ago, the right-hander won the WTA International Tournament in Budapest, after the winner’s cheque was presented to her last year in Québec City.