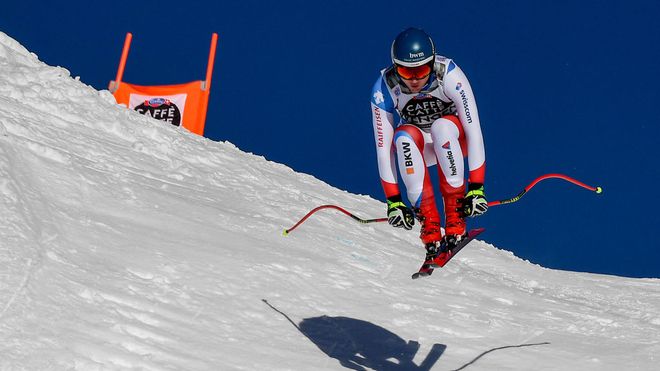 The ski classic on the Lauberhorn in Switzerland will probably remain part of the World Cup after all. A patron is providing hope for the organizers with a generous donation.

The traditional Lauberhorn races in Wengen/Switzerland will probably remain part of the World Cup.

As the Swiss Ski Association Swiss Ski announced, the application for the deletion of the alpine classics from the racing calendar from the winter of 2021/22 onwards was withdrawn by the responsible committee of the world federation FIS.

The proposal to move the races from Wengen to another location in Switzerland had caused quite a stir last Wednesday.

Donation would make up deficit of Lauberhorn races
A donation of 300,000 euros from patron Jörg Moser as well as positive signals regarding financial support from the political arena have now made the association change its mind.

“The amount corresponds roughly to the structural deficit of hosting the World Cup in Wengen. Accordingly, the donation will make it possible to gain time to bring the negotiations to a successful conclusion and thus withdraw that application,” the Swiss Ski Federation stated in its statement.

The OC and Swiss Ski have been fighting over the distribution of television funds since 2016. The local race organizers feel disadvantaged by the association and have therefore appealed to the International Court of Justice for Sport CAS in Lausanne.

Swiss association admits disagreement
In a statement, Swiss Ski acknowledged “differences of opinion” and at the same time stressed that it would not be able to meet the financial demands from Wengen. “We want spectacular Lauberhorn races against a unique mountain backdrop in the future, but not at any price”, explained Urs Lehmann, President of the Association.

The Lauberhorn Races have been held since 1930. At 4.5 km, the course in the shadow of the Eiger, Mönch and Jungfrau is the longest in the World Cup. In order to be able to hold races, the organisers need the approval of the national association.