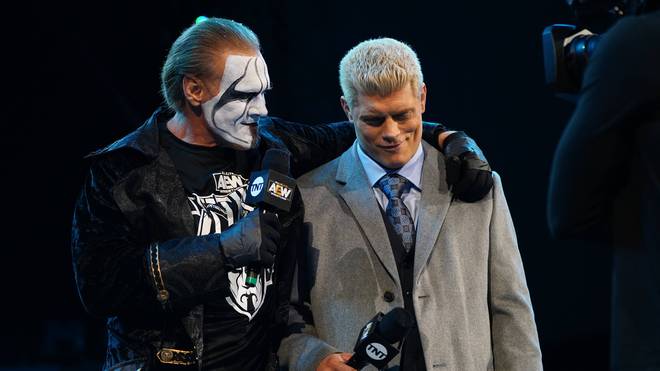 Shaquille O’Neal pushes his wrestling guest appearance with WWE rival AEW. Thanks to him, Sting and Kenny Omega, the TV show Dynamite has achieved a dream rate.

For WWE he has already been in the ring for WrestleMania, and now the next show fight guest appearance by NBA legend Shaquille O’Neal is taking shape.

His appearance at the League All Elite Wrestling (AEW) – where boxing icon Mike Tyson had recently been involved hands-on – ended with the four-time champion center being insulted and attacked after he taunted Brandi Rhodes, the wife of wrestler and League co-chief.

Dream rate for AEW – even WWE RAW within reach
Shaq’s presence, combined with the other hotly contested stories about the Hall-of-Famer Sting, who moved from WWE to AEW, and new champion Kenny Omega, as well as the cooperation with League Impact, brought this week’s edition of the TV show Dynamite a dream audience of 995,000 viewers in the U.S. – and a number of milestones:

– A clear victory in the “Wednesday Night War” over the directly competing WWE show NXT (659,000)
– The best viewing figures since October 2019 (when Dynamite was launched) on an evening when WWE ran in parallel
– In the advertising-relevant target group of 18 to 49-year-olds a rating of 0.45, which was impressively close to the traditional WWE flagship Monday Night RAW (0.53)
– Among men from 18 to 49, Dynamite was the most watched show on cable television that night

Given that the Shaq, Sting and Omega stories have only just begun, AEW could see several more quota coups in the coming weeks.

Shaquille O’Neal provokes Brandi Rhodes – and gets the echo

The four-time NBA champion center and legendary companion of the late Kobe Bryant at the Los Angeles Lakers was interviewed at Dynamite by commentator Tony Schiavone, in the presence of Brandi Rhodes, wife of wrestler and AEW co-head Cody Rhodes.