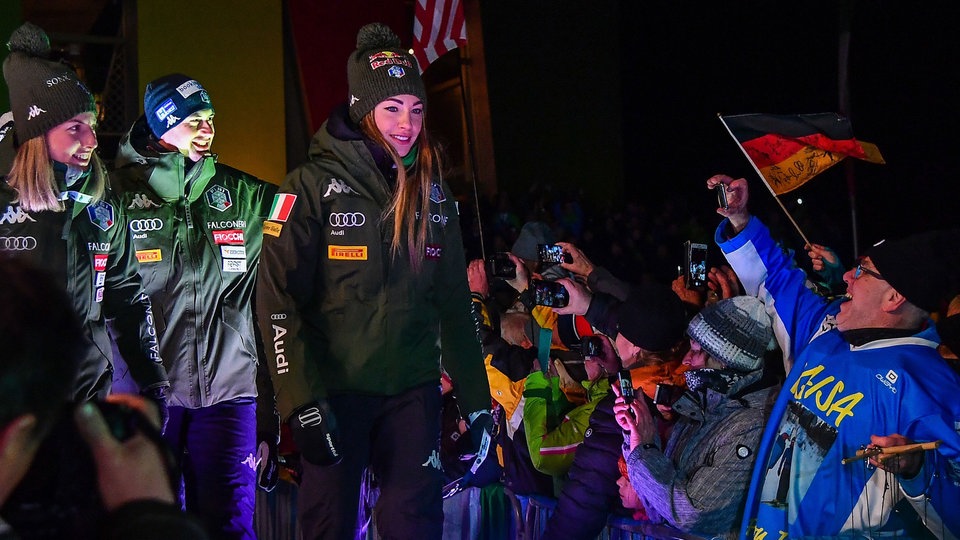 The World Championship of Biathletes in Antholz was opened on Wednesday evening (12.02.2020). On Thursday the first of twelve decisions is on the agenda.

The president of the world federation, Olle Dahlin, opened the title bouts shortly after 9 pm. After a one and a half hour celebration on the Medal Plaza in Antholz Mittertal with the entry of the 39 participating nations, the IBU flag was hoisted.

“I wish all athletes good luck and declare the title bouts open,” Dahlin explained. A total of 300 athletes from 39 countries are taking part in the World Championships, 150 women and 150 men each.

Under the motto “Passion is ours”, the title bouts will take place in South Tyrol until 23 February. Twelve titles will be awarded, the first one already on Thursday (13.02.2020) in the mixed relay. The German quartet with Franziska Preuß, Denise Herrmann, Arnd Peiffer and Benedikt Doll is among the medal candidates. In general, mixed relays have been a safe medal bank for the DSV so far. Since the first event of the discipline in 2005 there have been eleven World Championship races, eight times a German team has been on the podium.