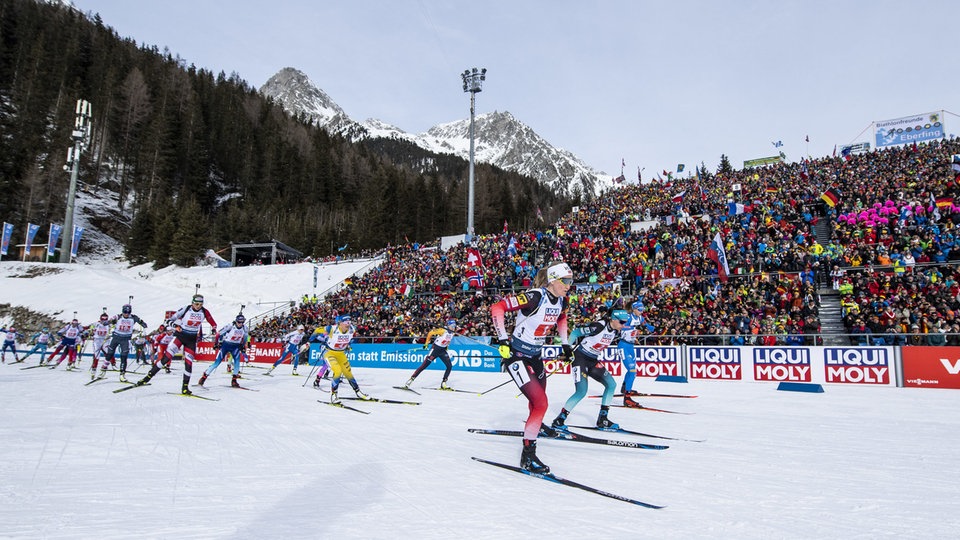 At the start of the Biathlon World Championships, the Norwegian team once again proved its supremacy and secured its first title in the mixed relay. The DSV ski hunters missed the podium.

In the line-up of Marte Olsbu Röiseland, Tiril Eckhoff, Tarjei Bö and Johannes Thingnes Bö, Norway has won its first World Champion title in 2020, thus successfully defending its title from last year. The decision in a thrilling race was only made at the last shooting when Johannes Thingnes Bö shot a little faster than his opponent from Italy, thus securing the decisive lead. The local heroes were able to cheer for silver, third place on the podium was secured somewhat surprisingly by the Czech Republic. The German team around Franziska Preuß, Denise Hermann, Arnd Peiffer and Benedikt Doll missed the medal ranks by almost 20 seconds as fourth place.

Preuß with mistakes right at the start
The German starter Franziska Preuß had to reload once in the prone position and was thus a little behind the top early on. In the standing shooting she wanted to catch up with a fast rhythm, but this time she put two cartridges next to the target. At the very front the favoured Norwegians and Italians kept themselves largely unharmed. Marte Olsbu Röiseland intensified the pace on her final lap and thus ran out a lead of more than half a minute on the DSV team. In eleventh place, Preuß handed over to Denise Herrmann and was self-critical on ZDF afterwards: “It was a bit too much behind for my taste. Standing upright it was a very shaky game. It didn’t work 100 percent. I know that I can do better.”

Herrmann must go to the penalty round
Hermann halved the gap to the leading duo Dorothea Wierer and Tiril Eckhoff in the first 1.7 kilometres, scored all five attempts in the lying position and took up the pursuit of Italy as well as Austria at the top. At the final women’s shooting Germany was part of a group of eight, which was within ten seconds. But there the DSV ski hunter’s nerves failed, despite three reloaders one target remained standing. After the penalty lap she was 46 seconds behind the Norwegian team, which was again in the lead. However, she had not identified a mistake in her tactics. “After the prone shooting everything went according to plan. I had made up a lot of ground. Standing up I would have had to hit the last reloader, so we lost too much time”, was her assessment after the race.

Although Herrmann was able to make up some more time, team mate Arnd Peiffer started the race 41 seconds behind Tarjei Bö from Norway. Despite scoring five goals at five attempts, he remained in fifth place and was unable to shorten the gap to the Scandinavians. In between were the teams from Italy, Czech Republic and Switzerland. Standing, Peiffer was able to avoid the penalty round with the last cartridge, but had to let the Ukraine and Belarus pass.

Biathlon World Championship in Antholz is opened
Gold, silver and bronze – the highlights of the winter sports weekend