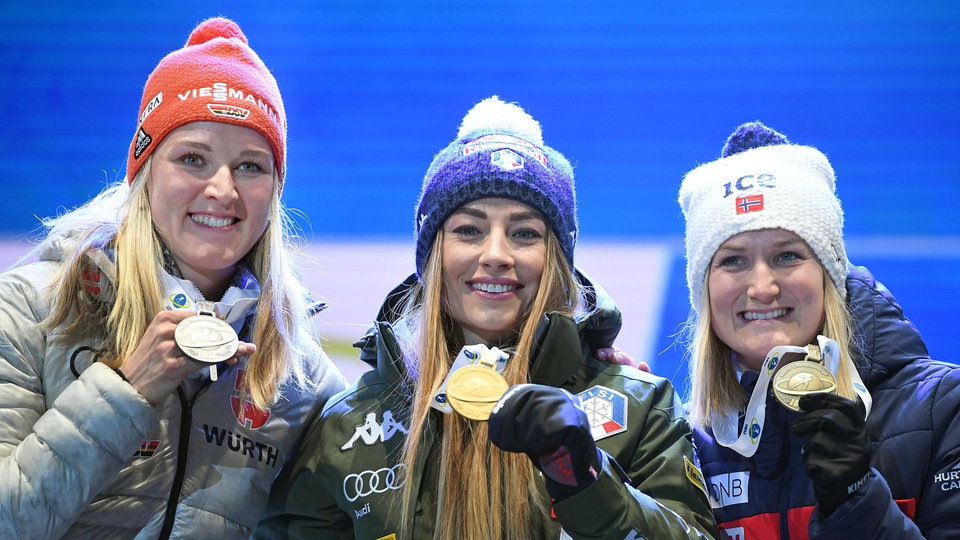 Two gold medals for the German lugers and the redeeming silver medal for Denise Herrmann at the Biathlon World Championships in Antholz – these and many more were the highlights of the winter sports weekend.

Biathlon World Championships: Herrmann redeems DSV with silver in pursuit
Biathlete Denise Herrmann gave the DSV its first medal at the World Championships in Antholz. The 31-year-old missed the possible title defence with an “ass-kicking” mistake at the very last shot. But for the Saxon and the DSV the motto was: Not lost gold, but won silver! On Friday she had been fifth in the sprint at the victory of the Norwegian Marte Olsbu Röiseland despite three shooting mistakes. Franziska Preuß, Vanessa Hinz and Karolin Horchler did not disappoint either, even though they missed the medal ranks.

Arnd Peiffer could not imitate her in the men’s division. The experienced member of the DSV team showed a good performance in the men’s pursuit, both at the shooting range (only one mistake) and on the cross-country ski run. But the 32-year-old was 30 seconds short of bronze. The new World Champion in pursuit was the Frenchman Emilien Jacquelin. The Norwegian Johannes Thingnes Bö and sprint world champion Alexander Loginow (Russia) finished on the podium. Loginow had surprisingly won World Championship gold in the sprint on Saturday. The French Quentin Fillon Maillet and Martin Fourcade had to be content with silver and bronze. Peiffer and Philipp Horn took seventh and eighth place.

There was nothing to be won by the German women’s alpine skiers at the World Cup in Kranjiska Gora, Slovenia: In the giant slalom, the only German starter Lena Dürr finished 23rd after a weak second run. The victory went to the only 18-year-old New Zealander Alice Robinson, who had already surprisingly triumphed at the season opener in Sölden.

In the slalom one day later three German ladies made it into the second heat. But both Lena Dürr and Marina Wallner were eliminated in the final, so that only Christina Ackermann in 24th place scored a few World Cup points in the victory of Petra Vlhová from Slovakia.

The men had a race-free weekend, after they had competed their speed races in Saalbach-Hinterglemm on Thursday and Friday. Thomas Dreßen won his second World Cup downhill in a row there and one day later he finished a fantastic third place in the Super-G. The race was won by the Norwegian Aleksander Aamodt Kilde, who thus also took the lead in the overall World Cup standings.