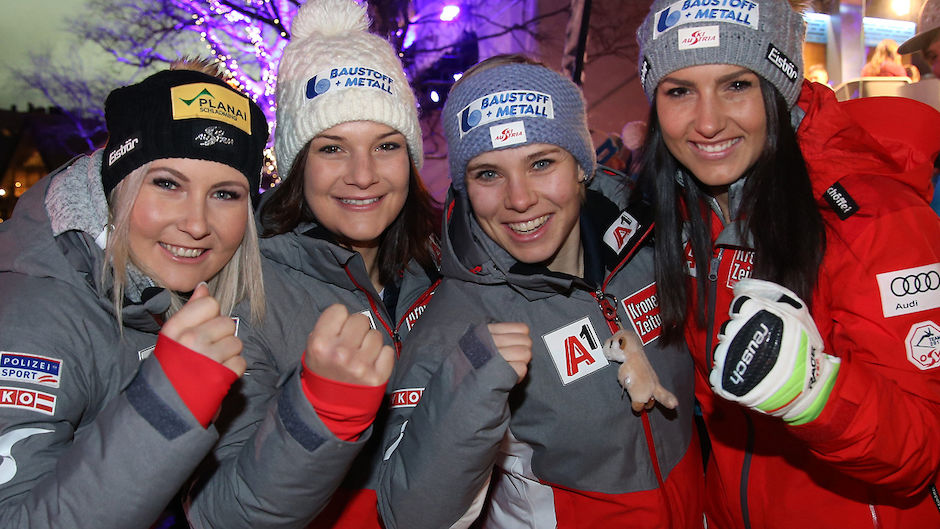 The women’s downhill race is part 2 of the speed weekend of the Alpine Ski World Championships in Aare.

Austria’s women are the favourites due to their season’s performances so far – five victories. Ramona Siebenhofer, Nicole Schmidhofer, Stephanie Venier and Tamara Tippler will start for the ÖSV.

The race will be opened by Viktoria Rebensburg (GER). Venier is the 1st Austrian number 7, Tippler the 10th, Siebenhofer starts with 13, Schmidhofer with 15.

Lindsey Vonn (USA) has number 3 in her last race of the career, Sofia Goggia (ITA), second in Super-G, has number 5.

Ilka Stuhec (SLO), the only runner besides Schmidhofer, Siebenhofer and Venier to win a season downhill, has number 9.

Better weather
The weather should be more favourable for a departure on Sunday than on Saturday. According to Aare 2019 meteorologist Pia Hultgren, the danger of weather capers has not been averted.

The problem could be, “that there is occasionally fog and weak winds, the snowfall will hopefully come in the morning”, Hultgren said on Saturday evening.

Wind could cause problems
“After 10:00 a.m. this snow zone will have moved away, the clouds will loosen up a bit and visibility will be better. After 12.00 we will see slightly stronger winds in the upper region and temporary snow showers,” explained Hultgren.