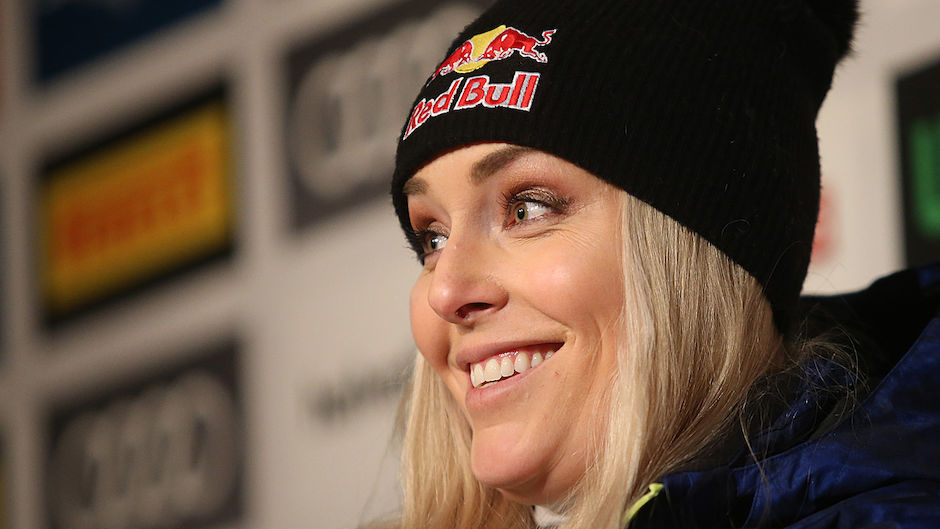 Lindsey Vonn had a special wish for her farewell race: She wanted Ingemar Stenmark as a guest at the World Championship downhill.

“He wasn’t planning on coming, but I begged him – please, please come! – and now he’s coming”, the US-American is happy. “I am really, really excited.”

To beat the Swede’s record of 86 World Cup victories was Vonn’s big goal (82 victories): “His record was something that has always driven me.”

Family present at farewell
For her last race she has planned a special outfit: “I always planned to drive the Swedish colours for these races, also because of Stenmark and what he meant for the sport.

There’s also family support from the United States. A brother and a sister made the trip to Sweden, Vonn told me, plus “my friend Vanessa with her husband and two children. They have never seen me at a race, it will be great”.

Vonn misses teammates
It is a pity that many of her teammates will not be there. Mikaela Shiffrin is not going downhill as she did with the combination, Breezy Johnson and Alice McKennis are injured.

“It’s a bit sad that the whole team is not here, but you can’t always have the ending you want,” said Vonn. “But I’m happy that some of them are here. We will make the best of it.”

“It’s a pity the way it has to end”
Many of her colleagues from abroad expressed deep respect and sympathy for Vonn’s resignation.

“I just think it’s a shame the way she has to quit. It’s just insanely bitter,” emphasised Nicole Schmidhofer. “It’s simply my sympathy for her that she has to retire so modestly after so many victories and so many great races she has driven.

Super-G Olympic champion Ester Ledecka said she admires Vonn for how long she has managed to be a winning driver. “When I heard that she was going to retire after the season, it was very sad for me, because she is my idol,” said the Czech.

Herrmann, Hinz, Preuß and Horchler in singles at the start
Start list for the women’s world championship downhill