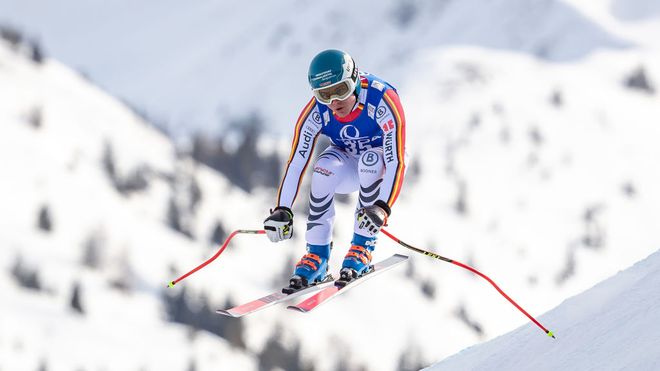 The two alpine athletes Manuel Schmid and Michaela Wenig have to end the World Cup season early. Stefan Luitz, on the other hand, will return this weekend after his break.

For the alpine skiers Manuel Schmid and Michaela Wenig the World Cup season has ended prematurely. This was announced by the German Ski Federation. Schmid from Allgäu has to have another operation on his right hand, which he broke in December. Wenig suffers from hip problems. Both are to concentrate fully on their rehabilitation program, the DSV report said.

Stefan Luitz, on the other hand, will return to the World Cup after his break due to illness and the associated renunciation of his trip to Japan last weekend. The technical specialist from Bolsterlang will compete in the giant slalom on Sunday (9.45/12.45 hrs) in Hinterstoder, Austria.

Downhill hero Thomas Dreßen will already start there in the super combined on Friday (10.00/13.00 hrs) and will also run the super G on Saturday (12.30 hrs). “At last a short journey”, said the Austrian-by-choice, who recently took a ski break to take care of his knee.

The women’s event in La Thuile/Italy will feature a Super-G on Saturday (10.30 am) and a combination on Sunday (11.15/14.15 pm). Viktoria Rebensburg (Kreuth) is still missing after her knee injury as well as Mikaela Shiffrin (USA) after the death of her father.