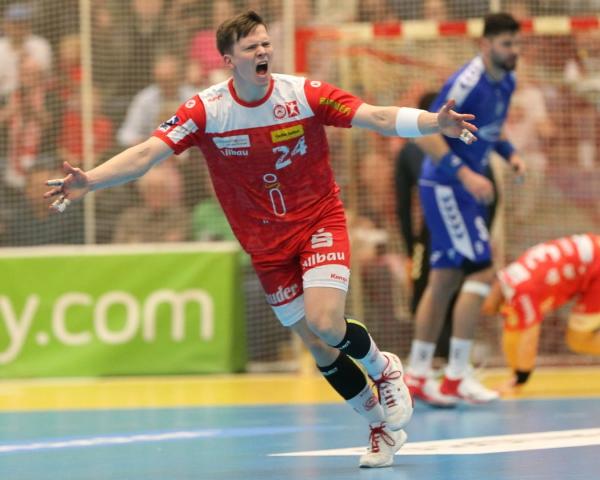 Backcourt player Carsten Ridder will leave the second division club TUSEM Essen and move to the third division club Eintracht Hagen after the season. The 25-year-old can look back on a decade with the old champions, first in the youth and then in the first team, where he already made his debut in the 2013/14 season. In an interview with the press service of Eintracht Hagen, Ridder talks about his reasons for the change and his sporting goals.
Hello Carsten, after ten years with TuSEM you are now switching to Eintracht. Why don’t you explain your reasons?

Carsten Ridder:
The exciting project in Hagen suits me very well. I think it was simply time for me to do something new. The last two to three years have not always been easy for me personally and I believe that by taking the step to Hagen I have found the best solution for me. I just want to take a bigger role in attacking again.

What goals do you want to achieve with Eintracht?

Carsten Ridder:
The plans of myself personally, as well as with Unanimity, are the same. We want the maximum sporting success! With wishes for the future one must differentiate. What stands above everything for me is health! As far as the sporting success is concerned, it is the maximum success with Eintracht Hagen. I want to take a leading role in the team and do my best to ensure that no team will be in front of us at the end of the season!

At the moment you are still playing with TuSEM for promotion to the first league. What do you think your chances are?
Carsten Ridder:
At the moment, TUSEM is in full focus! Here we want to play at the top for as long as possible in order to be able to make the big shot at the end.

Do you already know someone from the current team?

Carsten Ridder:
Not personally, but of course you know each other from various games in the past years. But on the island we have also had some conversations (laughs).

Carsten Ridder:
I don’t want to say the wrong thing (laughs), but balls and water.