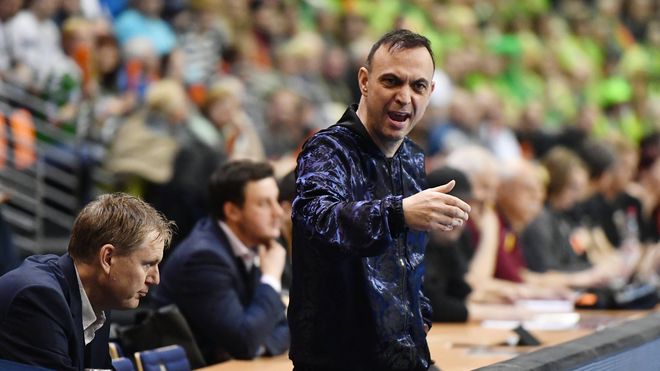 DHB Vice President Bob Hanning calls for a “Plan return to play” – and takes BBL as a model. He welcomes an idea from Flensburg’s coach Machulla at SPORT1.

Bob Hanning is not only known for his fancy sweaters, but also for his strong opinion.

And because handball has now disappeared from the scene for three months, the Vice President of the German Handball Federation (DHB) and head of Füchse Berlin has formulated a clear mission for his industry: “We need a plan return to play. We have to develop this plan this month”, Hanning told the sid.

While the Basketball Bundesliga (BBL) with the final tournament in Munich is currently attracting a lot of public attention behind King Football, there is very little to be heard from handball.

Of course, they are working on a concept, even “with spectators”, as HBL Managing Director Frank Bohmann recently emphasized. However, the Handball Bundesliga has not yet presented concrete plans for the coming season.

Hanning takes BBL as a model
However, Hanning does not look enviously at the Bavarian capital – on the contrary:

“Envy has been a stranger to me in my entire life so far, and I am not going to develop it now,” said Hanning. “I am happy for the German Basketball League and the sport as a whole, because anything that brings publicity and shows that you can make it together is a good signal.