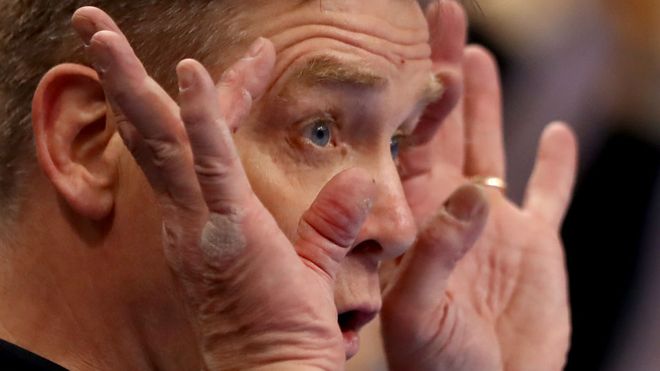 Here, too, things get quiet: Alfred Gislason’s debut as coach of the DHB team becomes a ghost game because of the Corona crisis. The focus against the Netherlands is already Olympic.

As the German Handball Federation (DHB) announced on Wednesday evening, the international match against the Netherlands in Magdeburg on Friday (18.00 hrs/ARD) will be a ghost game because of the corona crisis. Already on Monday, the city of Magdeburg had declared that it would “with immediate effect” and “until further notice, prohibit concerts, sports and other events with more than 1000 visitors”.

“The situation is challenging for all of us, but we have to draw a clear line in order to do justice to the seriousness of the situation and the responsibility for health of all of us. The match in the GETEC Arena must take place without an audience”, said DHB Chairman Mark Schober.

Ticket sales for the women’s national team’s European Championship qualifying match against Slovenia in Bietigheim-Bissingen have been suspended due to the current situation.

Gislason, who succeeded Christian Prokop, who was released on February 6, is currently preparing his team for the Olympic qualification tournament in Berlin (April 17-19).