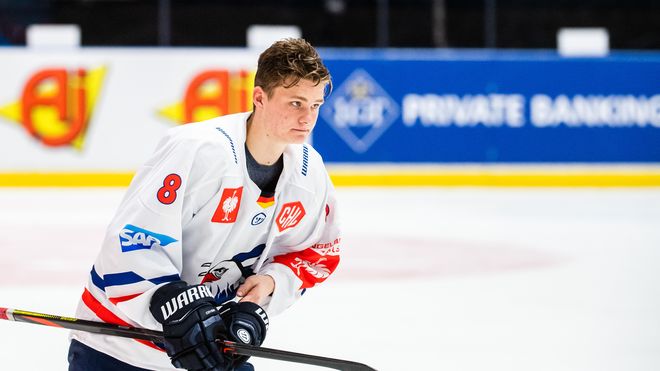 Bad news for Tim Stützle, John-Jason Peterka and Lukas Reichel: The NHL postpones the draft indefinitely, the trio will have to wait.

The corona virus will probably take the German ice hockey talents Tim Stützle, John-Jason Peterka and Lukas Reichel to a climax of their career.

The NHL draft, in which the three youngsters could be drawn in the first round, has been postponed indefinitely by the league due to the pandemic. It is completely open in which format the annual talent draw will be carried out, probably a big video conference.

“The draft is an important step, but also just one of many,” Peterka said. “It is completely understandable that the NHL draft as an event now has to adapt to events. Of course, I have also thought about what a moment like this might look like when you are drafted from time to time”.

Stützle could top Draisaitl
The Mannheim-based Stützle is considered the trio’s most promising candidate, and in some draft previews the 18-year-old even appears as a possible number two. He could thus be drawn even earlier than superstar Leon Draisaitl, who was selected by the Edmonton Oilers as the third player in 2014.

Munich’s Peterka and Berlin’s Reichel are likely to be drafted by the beginning of the second selection round at the latest.

The Scouting Combine, the traditional performance test before the draft including interviews with interested clubs, is also cancelled for the time being. The draft should take place on June 26 and 27 in the arena of the NHL record champion Montreal Canada.

Draisaitl waves scorer crown
Draisaitl is probably also affected. The honouring of the best players of the currently interrupted season will not take place as planned on June 8th in Las Vegas in a glamorous setting. With 43 goals and 67 assists Draisaitl is by far the best scorer of the NHL and favourite for the award as most valuable player of the season.

Due to the Corona crisis the game is suspended, when and if it will continue at all is open.

Do all MLB games in Arizona go up?
Draisaitl team colleague in coma