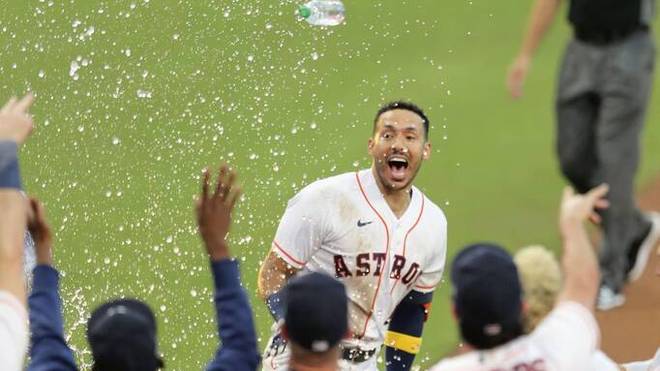 The Houston Astros win game five of the MLB semi-final series against the Tampa Bay Rays They shortened their lead to 2:3 and fended off the second match point.

The Houston Astros have forced a sixth game in the semi-final series of the North American professional baseball league MLB against the Tampa Bay Rays.

The Texans won the fifth duel thanks to a home run announced by Carlos Correa in the ninth inning 4-3 and reduced their lead to 2-3 in the best-of-seven series after a 3-0 deficit. The sixth match will take place again on Friday in the Corona “bubble” in San Diego, California.

Correa: I do not want to go home yet

“I knew beforehand that I was going to hit the home run,” said Correa, adding: “I don’t want to go home yet. We had a team meeting after the 0:3 gap. That’s when we said it shouldn’t be over yet and that we have to do better”. Now it’s 2:3, “and we still have something to do.”

The National League (NL) championship between the Atlanta Braves and title favourite Los Angeles Dodgers (play-off score 3:1) will take place in Arlington near Dallas, Texas – as will the World Series between the AL and NL champions.