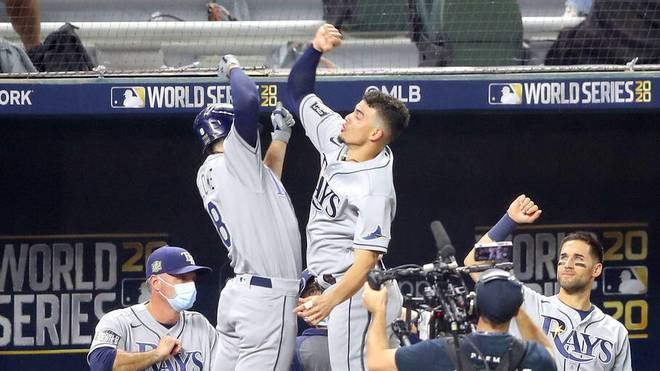 This could become a longer World Series. The Tampa Bay Rays make up the difference against the Los Angeles Dodgers. Thanks to Brandon Lowe

The Tampa Bay Rays have struck back in the World Series of Major League Baseball (MLB).

The underdog surprisingly won the second game of the best-of-seven series against the Los Angeles Dodgers 6-4 and equalized 1-1. Match winner was Brandon Lowe with two home runs.

The Dodgers around star pitcher Clayton Kershaw had won the opening game 8-3. The third match is scheduled for the night from Friday to Saturday.

The final for the baseball crown in North America will take place on the Globe Life Field in Arlington, Texas, due to the corona pandemic. 11,500 spectators will be admitted.

The regular season of the MLB had been shortened considerably due to the corona crisis.

The Dodgers, six-time title holders, are waiting for their first World Series triumph in 32 years, while the Rays are still considered the clear underdog without a championship.