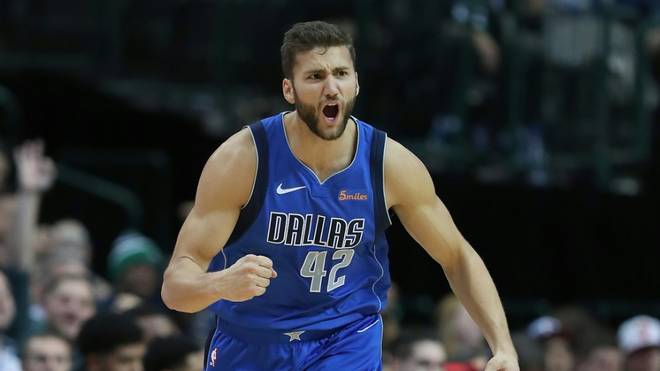 German professional basketball player Maximilian Kleber has congratulated his national teammate Dennis Schröder on the trade to champion Los Angeles Lakers. “Megacool and a great opportunity for him. It’s going to be an awesome time for him. I think he’ll play a good role there. The Lakers really wanted him,” Kleber told Sport Bild.

“With Montrezl Harrell, Wes Matthews and Marc Gasol, they got other good guys. The Lakers have become even stronger. They will be even harder to crack,” added the 28-year-old. Schröder was traded from Oklahoma City Thunder to the Lakers in mid-November.

Kleber himself was worried in recent weeks about being traded from the Dallas Mavericks to another club in the NBA. “Yeah, you worry about it. When the trade phase started, I was also worried that I could be sent to another club despite having a current contract,” he said.

Kleber wants to stay for a long time

Kleber feels very much at home in Dallas and would prefer to stay in the Texas metropolis for a very long time, he stressed. “But you never know. The NBA is a business. I still can’t be sure of myself. It can happen any day,” the 28-year-old said.

Kleber played his best NBA season during the Corona crisis, averaging 9.1 points and 5.2 rebounds. “I was very satisfied, took a step forward again,” said Kleber, who, however, was not satisfied with his performance in the most important phase of the season: “In the playoffs, I did not match my best performance, especially offensively. That’s what got me down. I know there’s more in it.”

Continue Reading
You may also like...
Related Topics:Kleber, Schröder