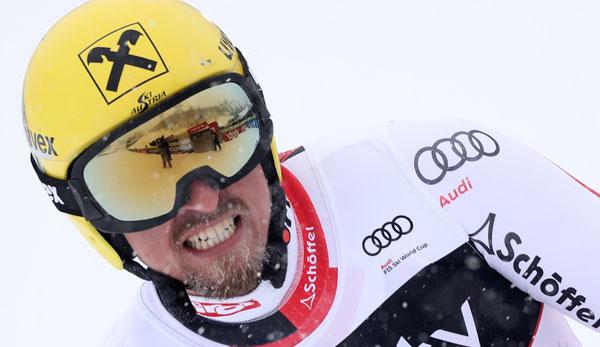 Max Franz is the first “double winner” in the men’s Alpine Ski World Cup of the World Championship season. One week after the downhill in Lake Louise, the Carinthian won the Super-G in Beaver Creek on Saturday ahead of Mauro Caviezel (SUI) and three third places and celebrated his third World Cup victory. The young ÖSV driver Christoph Krenn (24) surprised in sixth place.

The Super-G, which had been postponed to Saturday due to the downhill, had to be postponed by one hour due to heavy snowfall. On the shortened track the riders with early start numbers were more likely to benefit from the weather than the aces, who had decided on slightly higher numbers. After Franz had achieved the best time with start number 5 despite a mistake, fog came in from number 8 and also the snowfall became denser again.

Of the top drivers, only Caviezel managed to finish on the podium with a higher number (14). The Swiss had already finished second in the downhill. Aksel Lund Sindal shared third place with Dominik Paris (ITA) and his Norwegian compatriot Aleksander Aamodt Kilde at the same time and is now record holder in the World Cup with 15 podium places in one place. Lindsey Vonn, Nadia Styger and Michaela Dorfmeister last won three times on the World Cup podium in Kvitfjell in 2006.

Franz had to wait a long time until his first victory in a Super-G was decided, as he had already done in Canada, where he had benefited from a later wind in the downhill with start number one. Before that he had won downhills in Val Gardena and Lake Louise.

But the Carinthian really only had to tremble during the races of his compatriots Niklas Köck and Krenn, who got a good weather window. While Köck retired with a top intermediate time, the sensational Lower Austrian Krenn missed the podium by only five hundredths and finished sixth.

“I was doing fine in Lake Louise until my retirement. Here I managed to make a good trip down to the very bottom,” said Krenn, who comes from Göstling, a ski stronghold in eastern Austria. “Skiing plays a very big role here. Now I am overjoyed”, said the cousin of slalom specialist Katharina Gallhuber after his best result so far.

Franz made sure that Austria won the youngest five World Cup Super-Gs in Beaver Creek. Three of them by Hannes Reichelt, who this time after a faulty ride and only 44th place, was looking for the distance to catch the flight back to Europe.

Olympic champion Matthias Mayr finished eighth immediately behind Vincent Kriechmayr and, like Kriechmayr, still rides the giant slalom on Sunday. “I had a lot of wind up there and the snowfall changed all the time,” Mayer said.

Kriechmayr was obviously not satisfied with seventh place. “I was actually driving pretty well. That’s all there was to it today,” the Upper Austrian growled. He didn’t want to talk about a lottery. “But the snow has already changed. I’m actually happy when we race despite the bad weather. But driving just for the money isn’t the right thing to do either,” he regretted. “I’m happy for Max, of course, he did really well. But I’m getting a little torn up.”

Franz embraced his father Max sen. closely in Ziel and then slowly let the feeling of victory seep away. “I didn’t catch the first double left well and I went a long way. I was devilish inside, after that it was just a full throttle devil ride.”

The Austrian mastered another problem in compression. “The skis were always pointing down. The bar has really gone today”, praised the Carinthian emotional driver, who has been Kriechmayr’s Fischer brand colleague since this winter. On the same brand Nicole Schmidhofer won both descents in Canada at the same time. “Everything is looking very good for us right now,” Franz grinned.

It was also a moment of reconciliation for him. It is well known that in 2012 he had had a serious fall at the Birds of Prey and was taken unconscious. This time a dog gave him the right number at the end of the draw. “It’s nice to be on top after the knockout,” Franz conciliated.

Commenting on his two victories in a week, he said, “Who would have thought? Beaver Creek is a good place for me. At the moment, I’m getting a grin on my face.”