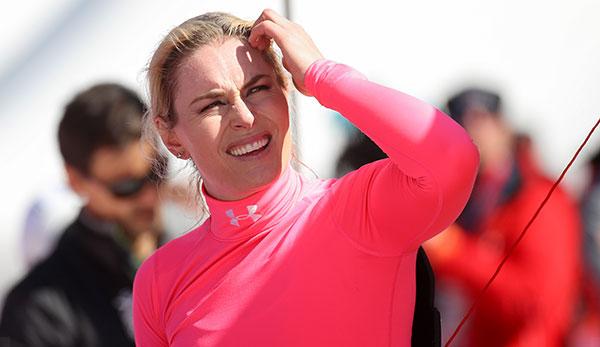 The women’s World Cup track in Lake Louise is named after US ski star Lindsey Vonn. This was announced on Saturday evening (local time) by the Canadian ski station where Vonn celebrated 18 of its 82 World Cup victories to date. In future, the route will be called “Lake Lindsey Way”.

Vonn will not be able to race in Canada this year due to a recent knee injury and will end her career after this season. The most successful female ski racer of all times has only four successes left on the all-time record of World Cup victories held by the Swede Ingemar Stenmark (86).

Vonn will make a short comeback at the beginning of the 2019/20 season to compete again in Lake Louise. The 34-year-old was connected to the announcement of the renaming to Lake Louise via video conference from her US adopted home Vail. “This is unbelievable. I couldn’t be more grateful,” Vonn said.

During a training crash in Copper Mountain last week Vonn had contracted a painful bone edema and a pulled ligament in his knee. When she can compete in the World Cup again will be judged after the next medical examination next Monday in Vail.