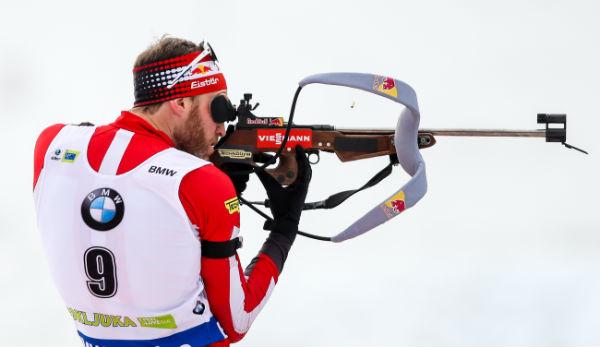 Simon Eder and Julian Eberhard have taken top positions in the pursuit race of the Biathlon World Cup in Pokljuka. On Sunday, the ÖSV duo classified themselves in fourth and fifth place in an exciting decision. Eder was almost 15 seconds behind on the podium. The victory went to the Norwegian Johannes Thingnes Bö, who won 0.1 seconds ahead of the Frenchman Quentin Fillon Maillet.

After finishing ninth in the sprint, Eder was hoping for another top result in the first pursuit race of the season. The Salzburger finally delivered a strong mileage and remained flawless at the shooting range. Eberhard also acted convincingly in the cross-country ski run. Having started the race from 15th place, the man from Salzburg only had to write a miss and was finally the second fastest behind Fillon Maillet.

Third place went to the Russian Alexander Loginov (+1.9 sec.). Eder was 16.1 seconds behind Bö, Eberhard 25 seconds behind. Felix Leitner also achieved a good result with rank 21, Tobias Eberhard was 46 and Dominik Landertinger was not there for a good reason. The Tyrolean became a father for the first time on Saturday, girlfriend Marion gave birth to a boy.

For Eder it was the fourth place in the top ten in the fourth race of the still young season. The 35-year-old called Sunday the “best day of the week”. Dosed risk was the way to the result. “I didn’t risk much, it paid off. On the last lap nothing went towards the podium, but I was also able to keep my pursuers at a good distance,” reported Eder.

Eberhard made up the decisive ranks to the front in his final lap. “I went full throttle from the first to the last meter, the hit rate was also high. I’m glad that I was able to make up so many places and that I’m back in the front again. The last lap was tough, but when it comes to a top result, you like to torture yourself,” he said at the finish.

After Pokljuka, the ÖSV athletes will be taking part in the home World Cup in Hochfilzen. From Thursday on, women and men in Tyrol will compete for points in sprint, pursuit and relay.