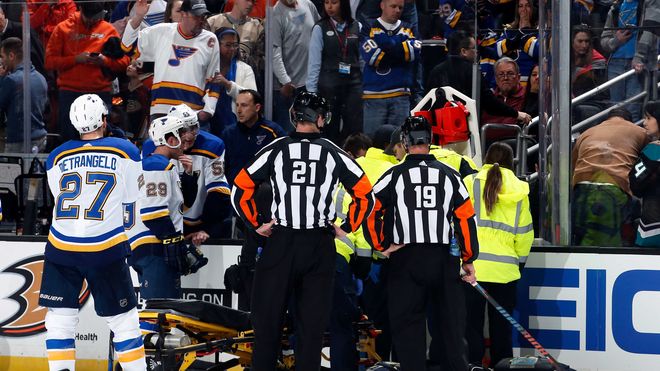 The party between the Anaheim Ducks and the St. Louis Blues must be broken up after defender Jay Bouwmeester collapses on the bench.

Due to a collapse of defender Jay Bouwmeester, the NHL game between the Anaheim Ducks and the St. Louis Blues has been cancelled during the night of Wednesday. The 36-year-old had collapsed on the bench with cardiovascular problems in the first period.

However, his condition was quickly stabilized with the help of medical attendants. Bouwmeester was able to move his arms and legs, but was taken to hospital for further examinations. This was announced by the Blues in a press release.

The NHL declared in a statement that they wanted to decide “in the near future” when the game, which was broken off in the 13th minute, would be finished.