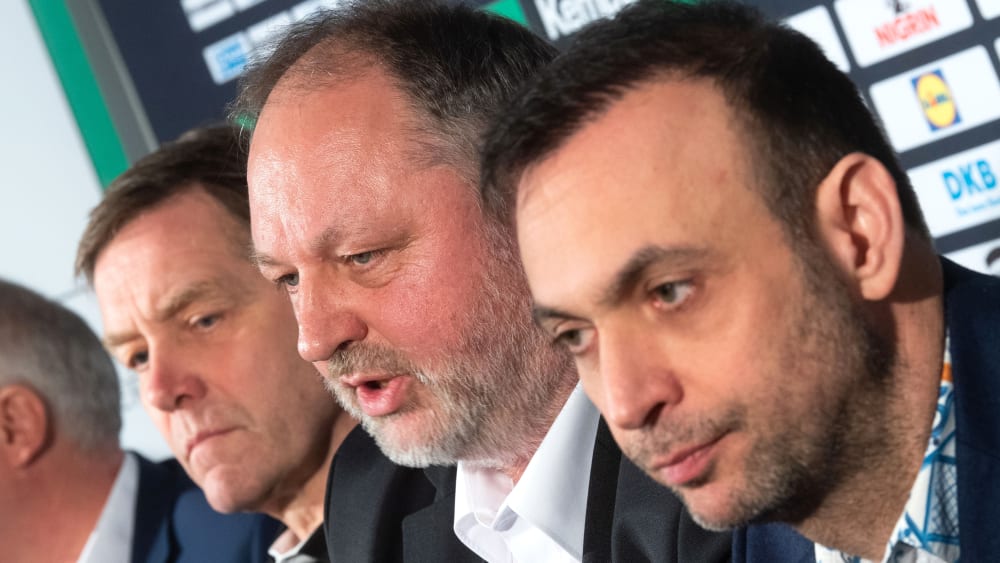 At the presentation of the new national coach, the DHB managers commented on the course of the separation from Christian Prokop. The fact that Alfred Gislason was available had been an “important impulse”. DHB vice president Bob Hanning is not available.

The first reactions after the announcement of the change of coach had ranged from surprise to horror in the handball world on Thursday. On Friday, the DHB top team, which had come under criticism for its actions, declared itself in Hannover, where Alfred Gislason was officially introduced as the new national coach.

DHB PRESIDENT ANDREAS MICHELMANN
“We understand that Christian’s move is perceived as unfair and we regret this,” admitted DHB President Andreas Michelmann, but emphasized: “But the decision is intended to ensure the success of handball in the 1920s. The aspired goal is an Olympic medal in Tokyo”. The separation had been made “for sporting reasons alone” – and: “To counteract the creation of legends: This was not planned.” After the European Championship, Prokop’s back was “strengthened out of conviction”, but the analysis with a certain time lag showed a different view of things.

Schwenker made contact with Gislason on Monday evening
An “important impulse” was given by the fact that Gislason was available as a successor, said League President Uwe Schwenker, who spoke of a “situation-related change in strategy” which “three or four days ago was not yet foreseeable”. “I knew”, Schwenker reported, “that Alfred was abroad for negotiations to sign a contract.”

He told the board meeting on Monday that Gislason would not be available at the end of the week. After subsequent discussion, the majority of the board members then voted for a change of coach. “We weighed up where are the greater opportunities for the future – that was the decisive factor,” explained Schwenker, who also admitted that the way in which Prokop had been separated from the team was “more than unfortunate” in the external presentation. Basically, he said, it was assumed that Prokop would go into the Olympic qualifiers.