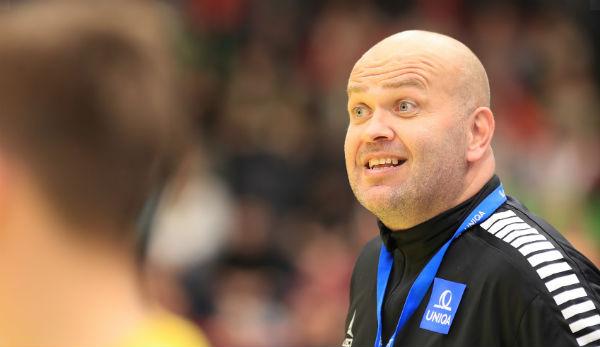 There are no surprises in the extended 28-man squad of Austria’s handball masters for the World Championship from 10 to 27 January in Germany and Denmark. Team boss Patrekur Johannesson nominated on Monday beside figurehead Nikola Bilyk and veterans like Thomas Bauer, Janko Bozovic as well as Robert Weber also four newcomers.

The spusu league players Daniel Dicker, Thomas Eichberger, Gunnar Prokop and Sebastian Spendier, for example, have so far not shown any commitment in the A team. 13 players are active abroad. Before the tournament Johannesson must reduce the squad to 16 men.

“It’s never been so difficult, but it’s very positive. On certain positions we have a lot of competition and that is good for Austria”, Johannesson said in a press release. “I had to think a lot about it, I also had intensive discussions with my whole team, Erwin Gierlinger (co-trainer), Mattias Andersson (goalkeeper coach) and Patrick Fölser (sports director). In the end, of course, it’s my decision, and I also paid attention to which players fit together well.”

Between Christmas and New Year’s Eve, a short training course is held in the Südstadt with the players working in Austria and those legionnaires who no longer have a championship to play. Johannesson is called up 18 men for the final preparation in Innsbruck from 2 January. As part of the Continental Cup, you will meet Bahrain on January 4, 2018 and Greece on January 6, 2018 in Tyrol’s capital city.

At the World Cup, the goal is promotion to the main round. In group C Austria will meet Saudi Arabia (11 January), Chile (12 January), Norway (14 January), Denmark (15 January) and Tunisia (17 January) in Herning. The top three are moving on.