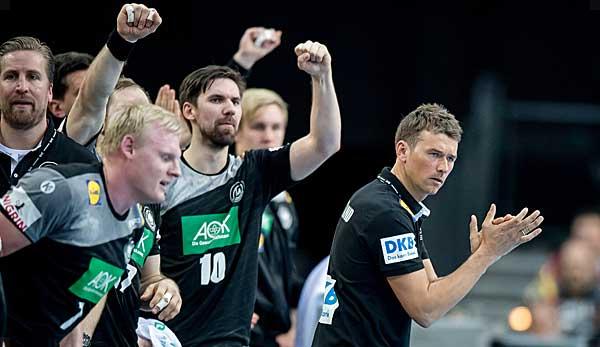 National coach Christian Prokop has surprisingly appointed 2007 World Champion Johannes Bitter to the provisional squad for the World Handball Championships (January 10-27). The 36-year-old goalkeeper is part of the 28-player line-up that Prokop named in Rostock on Monday, exactly one month before the start of the tournament. For Michael Kraus, on the other hand, the dream of the World Cup has come to an end.

The squad must be reduced to 16 players by the opening match of the World Cup in Berlin on 10 January.

“Jogi is a player who has very strong acceptance and experience,” Prokop explained the surprising nomination Bitters. In the event of an injury, the keeper could “protect” the team and “strengthen the back”. He’s 100 percent motivated.”

Michael Kraus (middle hand fracture), the back space player with the strongest form at last but currently injured, was not considered. “He made the decision difficult for us,” said Prokop. The infringement is a “Mitgrund. It carries a risk.”

Otherwise, Prokop refrained from surprises. Paul Drux and Fabian Wiede from Berlin, who were injured last, were nominated as well as European Champion Kai Häfner (TSV Hannover-Burgdorf), who was not considered last. A total of twelve players belong to the line-up who had sensationally won the European Championship title in 2016.

The last test matches before the World Cup will be played by the German Handball Federation (DHB) on Wednesday in Rostock against Poland (12 December in Rostock), the Czech Republic (4 January in Hanover) and Argentina (6 January in Kiel). Prokop will then commit itself to its final WM squad.