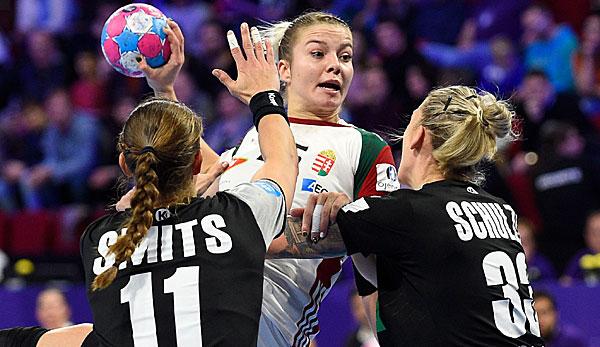 National coach Henk Groener gave consolation, the German players looked disappointed into the void after the handball thriller without a happy ending. The end of their EM high-altitude flight and the now threatening end in the main round had to process the DHB selection first of all. After dramatic closing minutes and the decisive goal against eight seconds before the end, the Germans lost their second main round match against the European Championship twelfth Hungary with 25:26 (10:12) – and no longer have the jump among the four best teams of Europe in their own hands.

“It was such a game that somehow always had the worm in it,” Groener said. “Whenever we were there or could pass by, we got simple goals or were unlucky ourselves with our litters. But it goes with a game like that.”

The German team gave away a total of 20 throws, the evaluation of the chances was the deciding factor for Hungary.

With now 4:4 points, the German team has to win the final match against Vice European Champion Netherlands on Wednesday (9 p.m.) and hope for help from the marksmen to qualify for the medal games of a European Championship for the first time in ten years.

Alicia Stolle was the best scorer of the DHB selection on Sunday in Nancy with nine goals. Two days before, she had won the start of the second tournament phase against Spain (29:23).

Groener therefore saw no reason to change his first seven from the Spanish game – but in the early minutes it did not tie in with their carefree and liberated main round opening.

Germany were quickly four goals behind, with Xenia Smits scoring the only German goal in the first eleven minutes.

The nervous-looking German team repeatedly made the wrong offensive decisions and suffered from a lack of luck. The ball flew to the crossbar three times in the first 20 minutes, and Hungarian goalkeeper Blanka Biro also played well.

Nevertheless, the Groener team managed to keep the game open with a good and passionate cover. Circular runner Meike Schmelzer equalized with 7:7 (20.), Alina Grijseels with 8:7 (22.) the first German lead.

A balanced duel developed, in which the DHB selection never put up a fight despite several mistakes in the attack.

After the break, Germany, who had won the last meeting with Hungary five years ago, came out of the cabin a little better than at the beginning, but still lagged behind.

Hungary defended their lead in this way until the exciting final quarter of an hour.

When goalkeeper Dinah Eckerle, against Spain already the great support, several balls to seize got, the German offensive took advantage of this: Top talent Emily Bölk scored at 19:19 (46th), the game then swayed back and forth – without a happy ending for the German team.